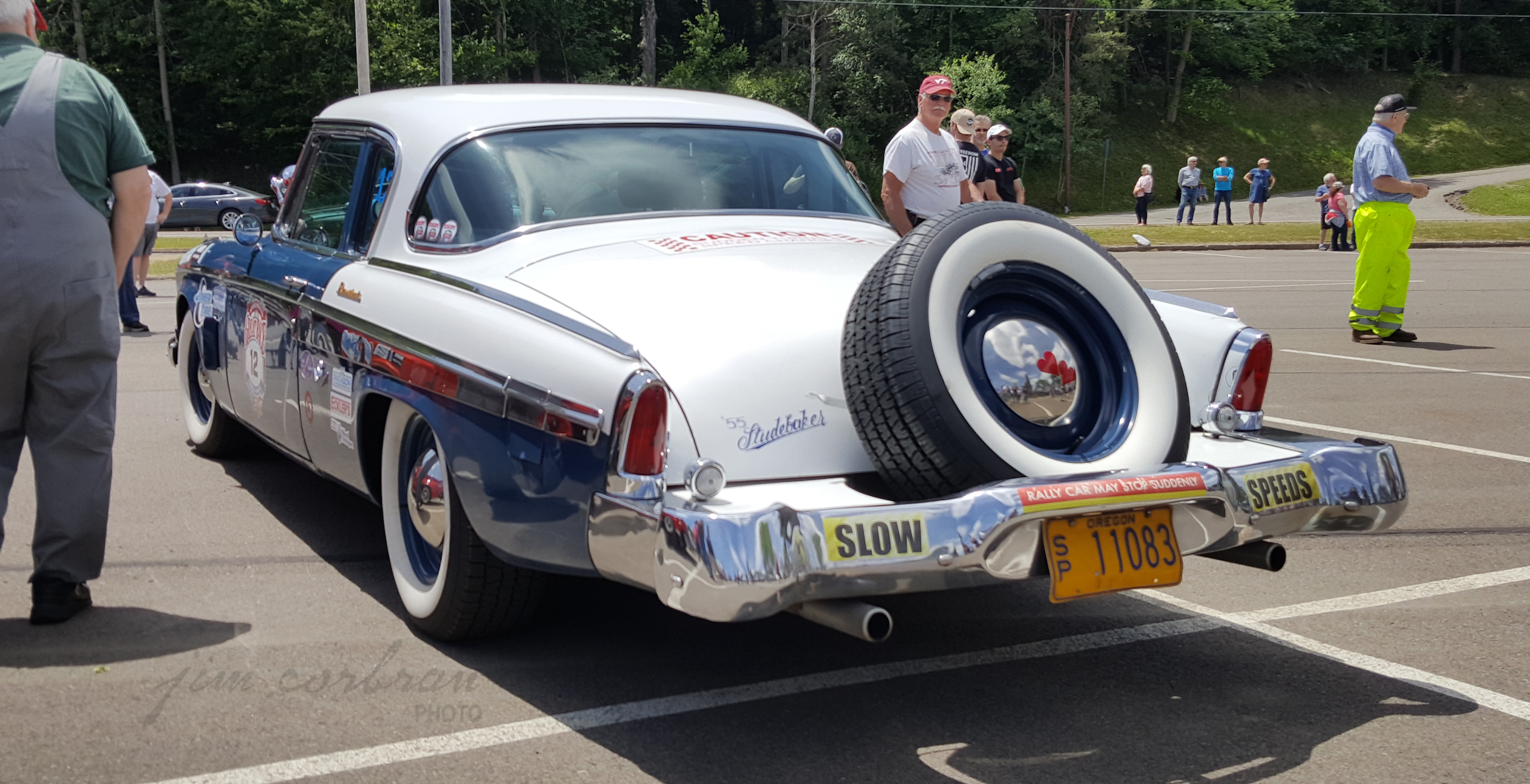 In case you haven’t heard, you don’t necessarily have to own a race car to enter a car race. Case in point: this 1955 Studebaker President State coupe shown pulling in to the Wellsville lunch stop of the recently completed 2022 Hemmings Motor News Great Race which ran from Warwick, R.I. to Fargo, N.D.  (This team, from Kirkland, Washington, finished 21stoverall out of 130.) Yes, all Presidents came standard with Studebaker’s 259cid Wildcat V8, but I don’t imagine anyone seeing this car on the highway (minus the sponsor decals, of course) would ever suspect it was taking part in a driving competition — especially with that continental spare tire hanging off the back bumper. The President was also available as a four-door sedan (in State and Deluxe models), and a two-door State hardtop.