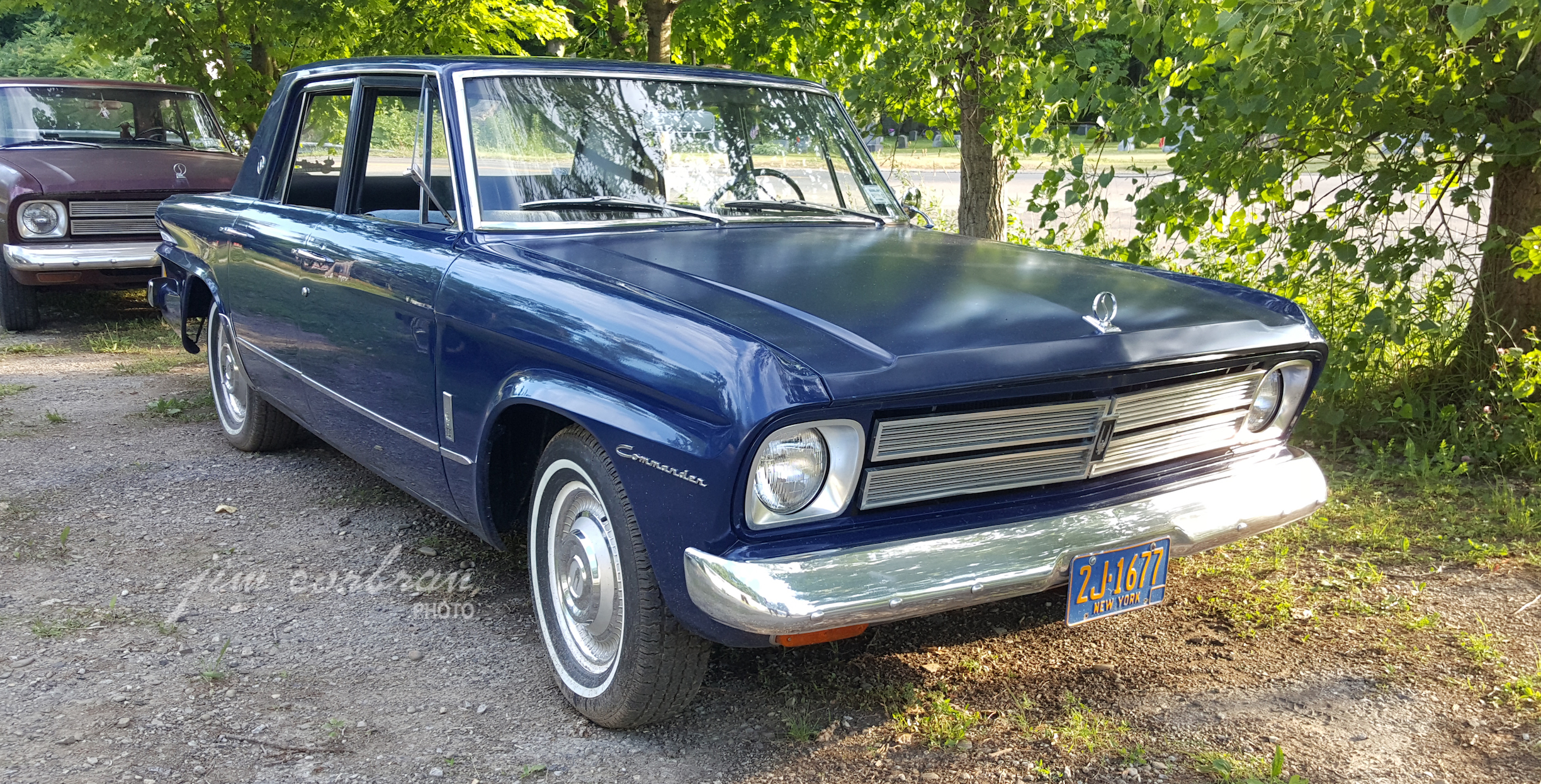 For years we’ve been driving by a certain yard in the hamlet of Smith Mills which always seemed to have an old Studebaker (is there any other kind?) parked up near the house way back off the road. A couple of weeks ago we went by again, and not only were there three mid-60s Studes right out front, but the owner, Howard Newberry, was just walking into his nearby shop/garage. So of course, we pulled over. Eventually you’ll see some of the others here on this page, but today we’re going to feature this nice 1966 Studebaker Commander sedan. The Encyclopedia of American Cars tells us that Studebaker built only 8,947 cars for this, their final model year. Mr. Newberry tells us that this one is one of the last 50 to go down the assembly line in Hamilton, Ontario. Under the hood is Chevrolet’s 194cid inline six, as indicated on the front fender badge (like the one at the right). All three of the cars we saw outside still see regular driving duty. We’ll show you the other two (and a few others) in the weeks to come.