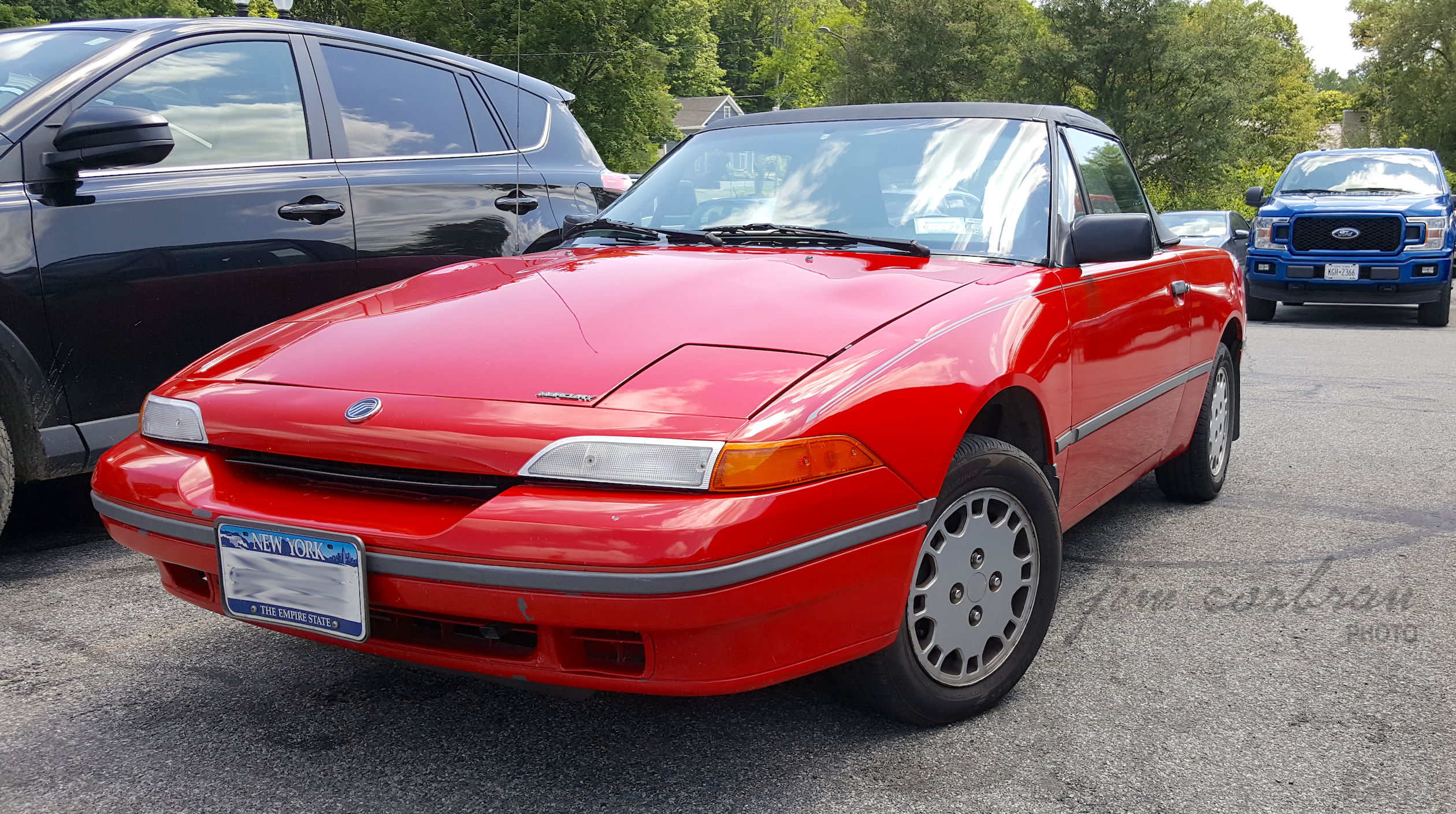 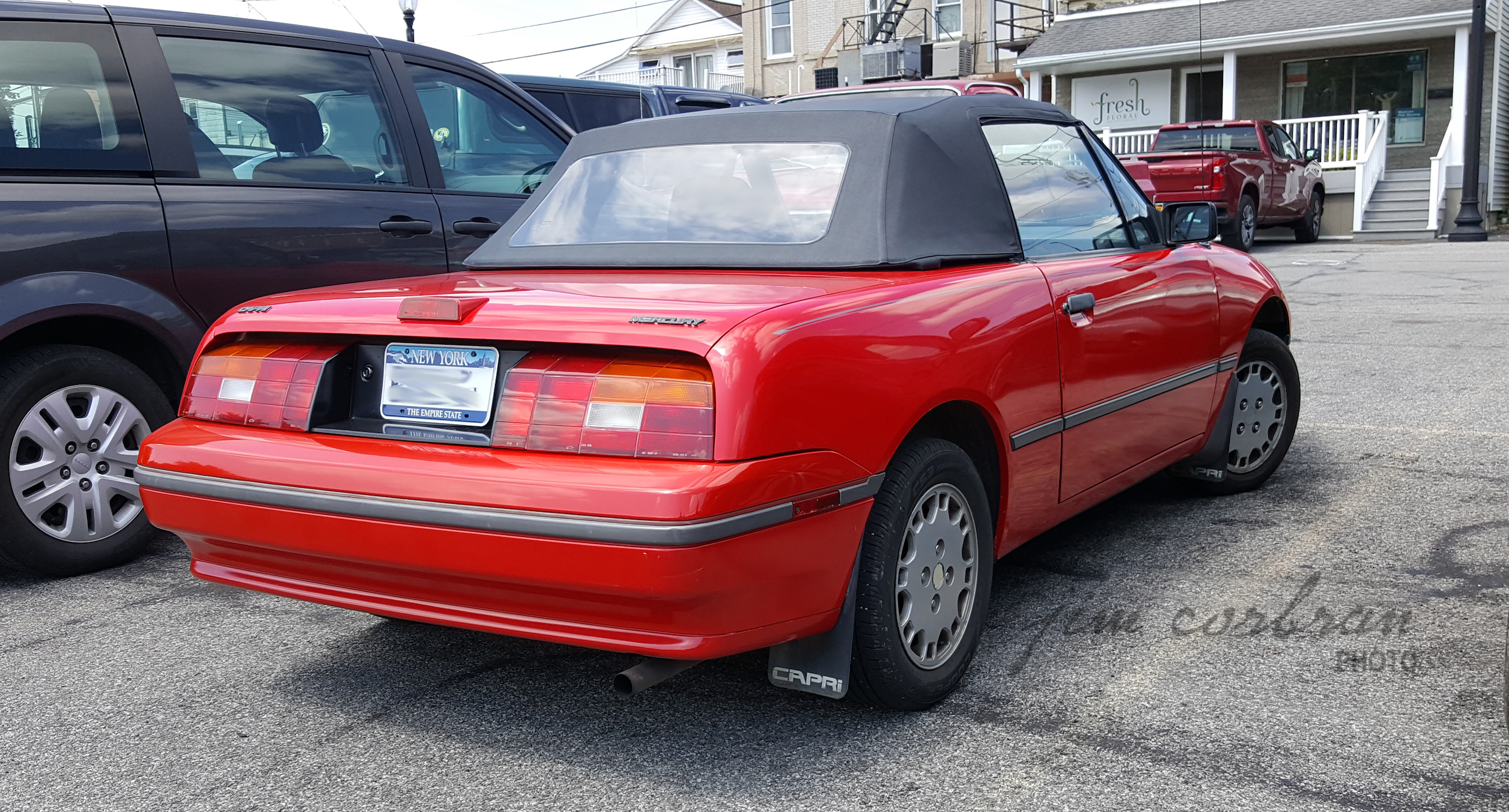 We came across this 1993 Mercury Capri last summer in a Springville parking lot. I always wondered why Ford chose to import this Australian convertible (where it was badged as a Ford Capri) and sell it in North America at Lincoln-Mercury dealerships instead of their Ford stores. Sold from 1990-94, it never really caught on like another small convertible, the Mazda Miata, did. Ford was hoping the Capri would be a formidable Miata foe but, rear-drive almost always comes out ahead of front-drive with the sporty car set. And that back seat… why even bother? (see below) At least the Capri looked the part. Maybe it would have sold a little bit better out of U.S. Ford showrooms, whose sales force was a little more accustomed to the Capri’s targeted market than L-M’s people might have been. We're only speculating here. 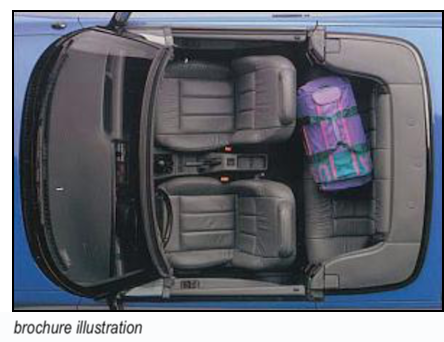