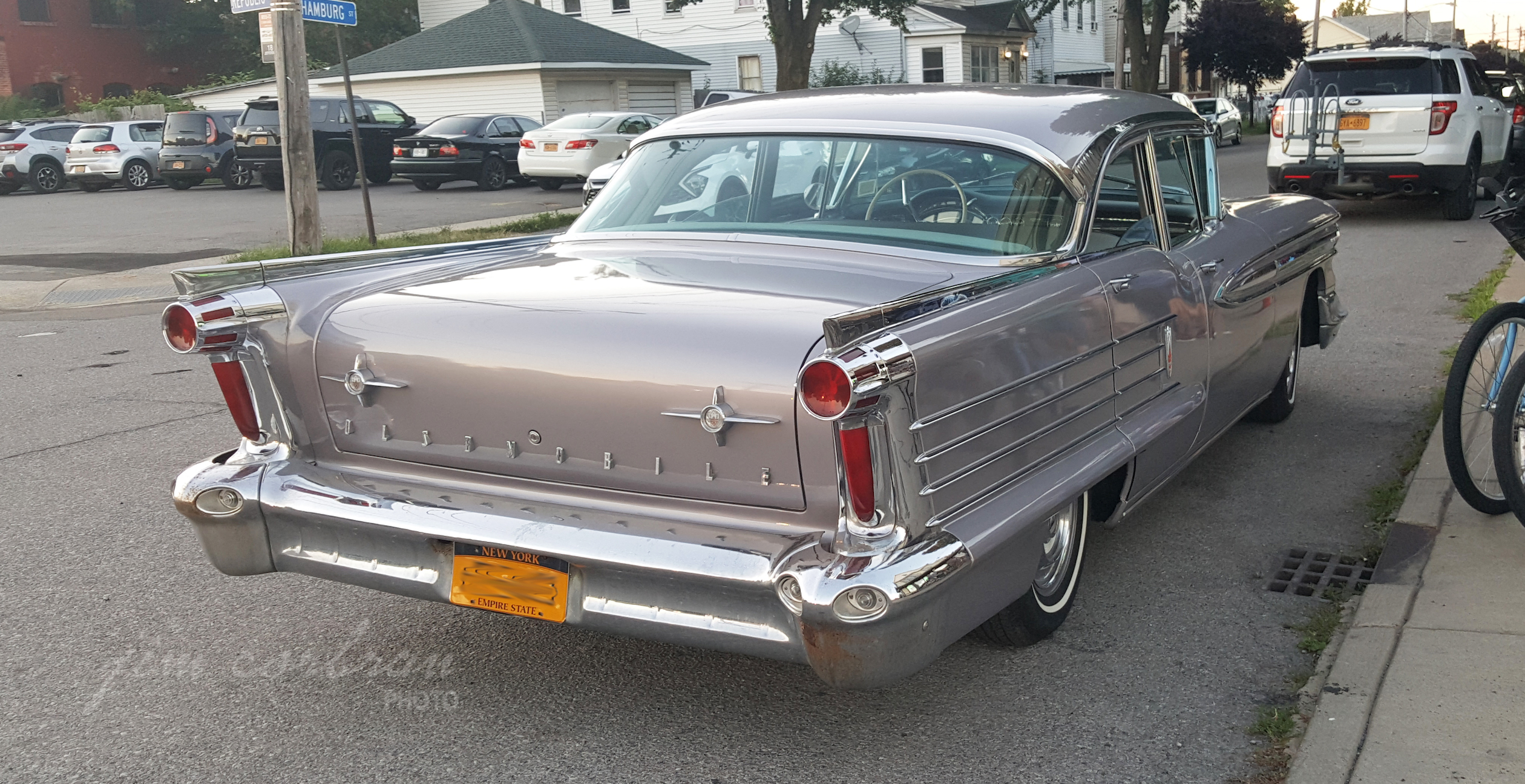 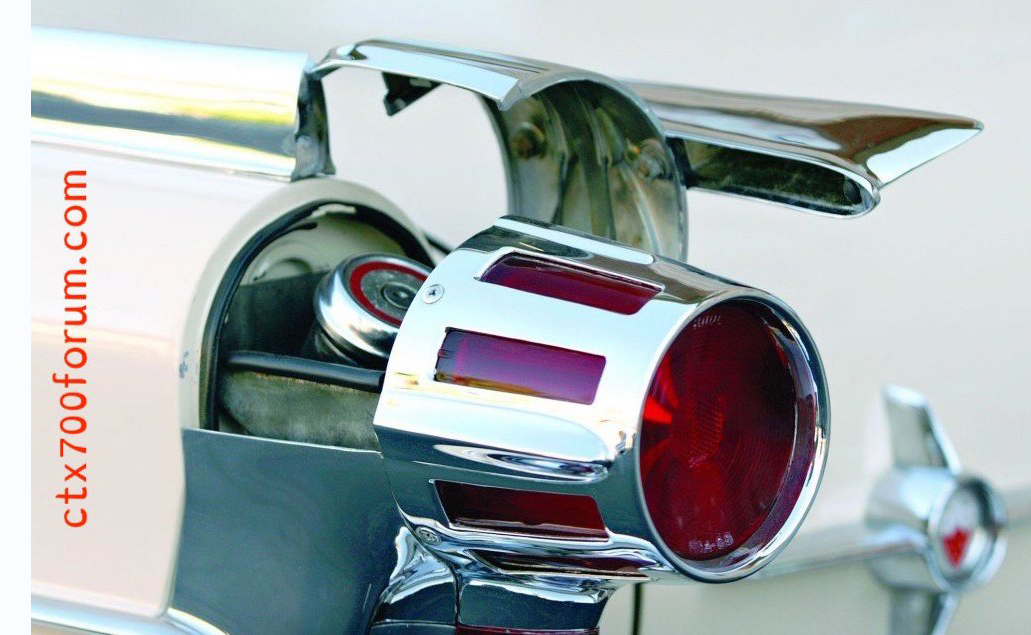 In their new-found quest to stump mid-1950s gas jockeys, General Motors decided to begin hiding the gas filler necks on many of its cars. You’d need to find the hidden door (inset) on this 1958 Oldsmobile Super 88 before you could pump ethyl into its 20-gallon tank. I’d imagine with its 371cid, 305-hp V8, that that neighborhood gas jockey became quite familiar with the Olds. The brochure described the Super 88 as being “…smooth and sure-footed on the open road, surprisingly easy to handle in traffic.” This one was taking a break from traffic when we saw it a few weeks ago parked in the Old First Ward in Buffalo.