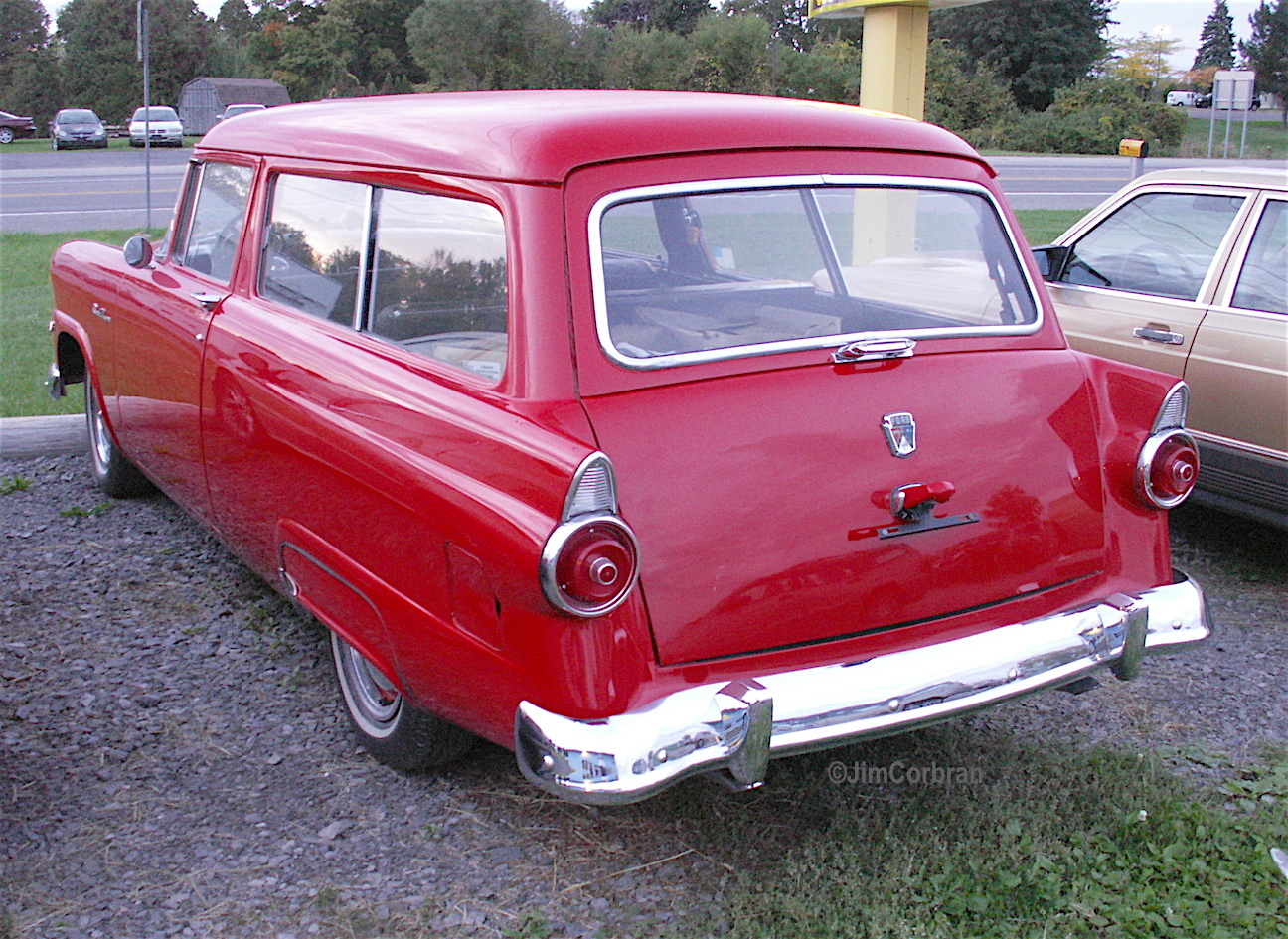 
It’s not often anymore that you see a full-sized two-door station wagon, but back in the day most manufacturers offered at least one. Like this 1955 Ford Ranch Wagon, which was at the bottom of Ford’s popular station wagon series. Also available were a Custom Ranch Wagon, and four-door wagons in the Country Sedan and Country Squire lines — the latter two in six- or eight-passenger versions. Saw this red example last week in a used car lot while driving through Albion.