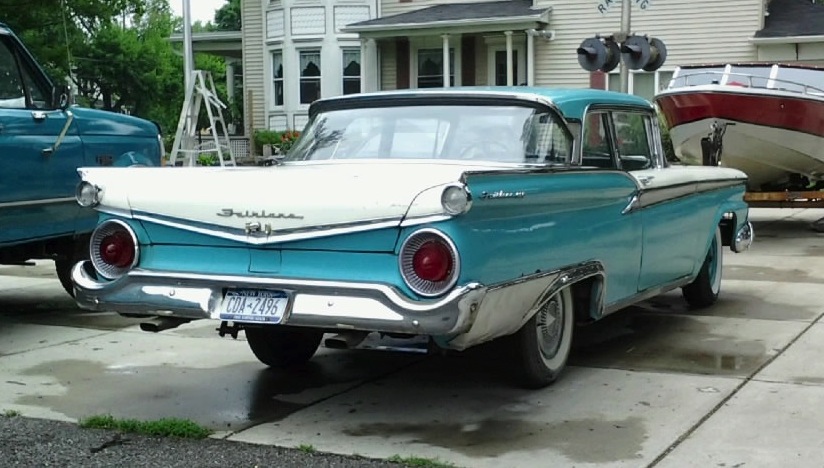 
This 1959 Ford Fairlane 500 began the model year at the top of the full-sized Ford’s pecking order. Sometime after the ‘59s went on sale, Ford introduced the new Galaxie models, which featured Thunderbird-inspired squared-off rooflines in all body styles save the Sunliner soft-top convertible. Things got confusing name-wise as these first Galaxies were badged as both Fairlane 500 and Galaxie; in 1960 Galaxie became a separate model and dropped the Fairlane 500 moniker. This turquoise and white example was found earlier this year in Sanborn.