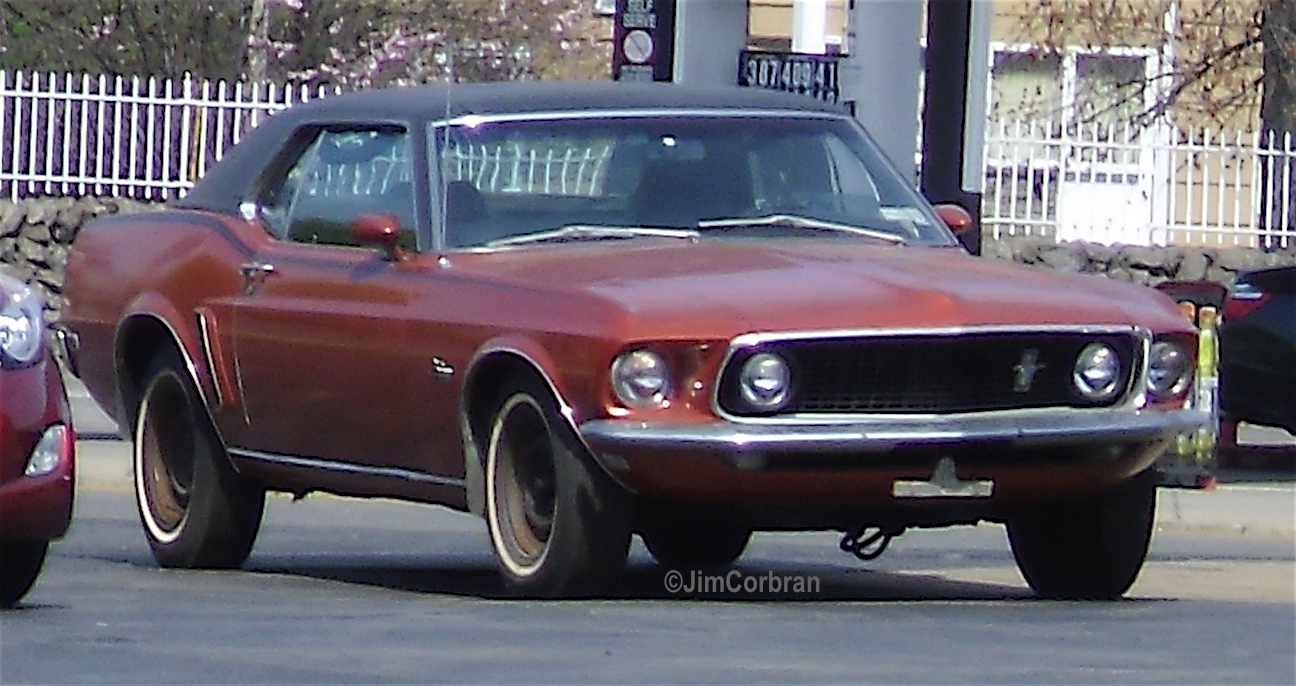 
It’s not often you see a 1969 Ford Mustang Grandé on the street these days, like this one which we came across a couple of summers ago in Niagara Falls. We’re saying it’s a Grandé even though the badge isn’t in place on the C-pillar; it does however have the dual racing-style mirrors and the two-tone narrow tape stripes which were standard on the Grandé, which Ford called the luxury Mustang.