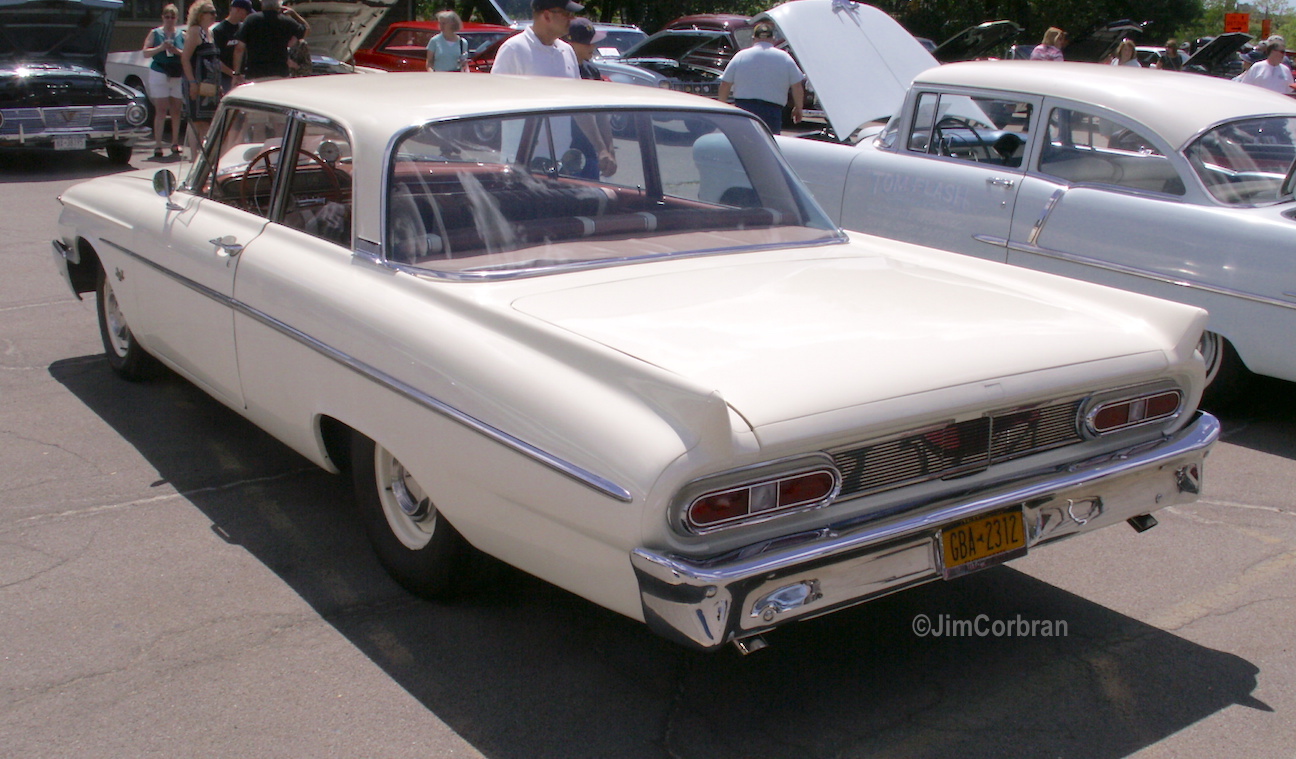 
And now for something completely different… a 1961 Mercury Meteor 600, seen at this past summer’s car show at the Buffalo History Museum. This new, mid-priced car caused a bit of confusion as the Meteor name had been used in Canada for years on an upscale Ford sold at Mercury dealers (while Ford dealers sold a down-scaled Mercury called Monarch. Got that?). So for ’61 there was no version of the American Meteor (which would have been a Monarch) in Canada. This white example, as you can maybe surmise, has a big V8
under that teardrop-shaped hood scoop.

(years after posting this, we found that this car was later posted for sale online;
it has since been sold. But you can still read the listing here:
https://classiccars.com/listings/view/1205742/1961-mercury-meteor-for-sale-in-kenmore-new-york-14217)