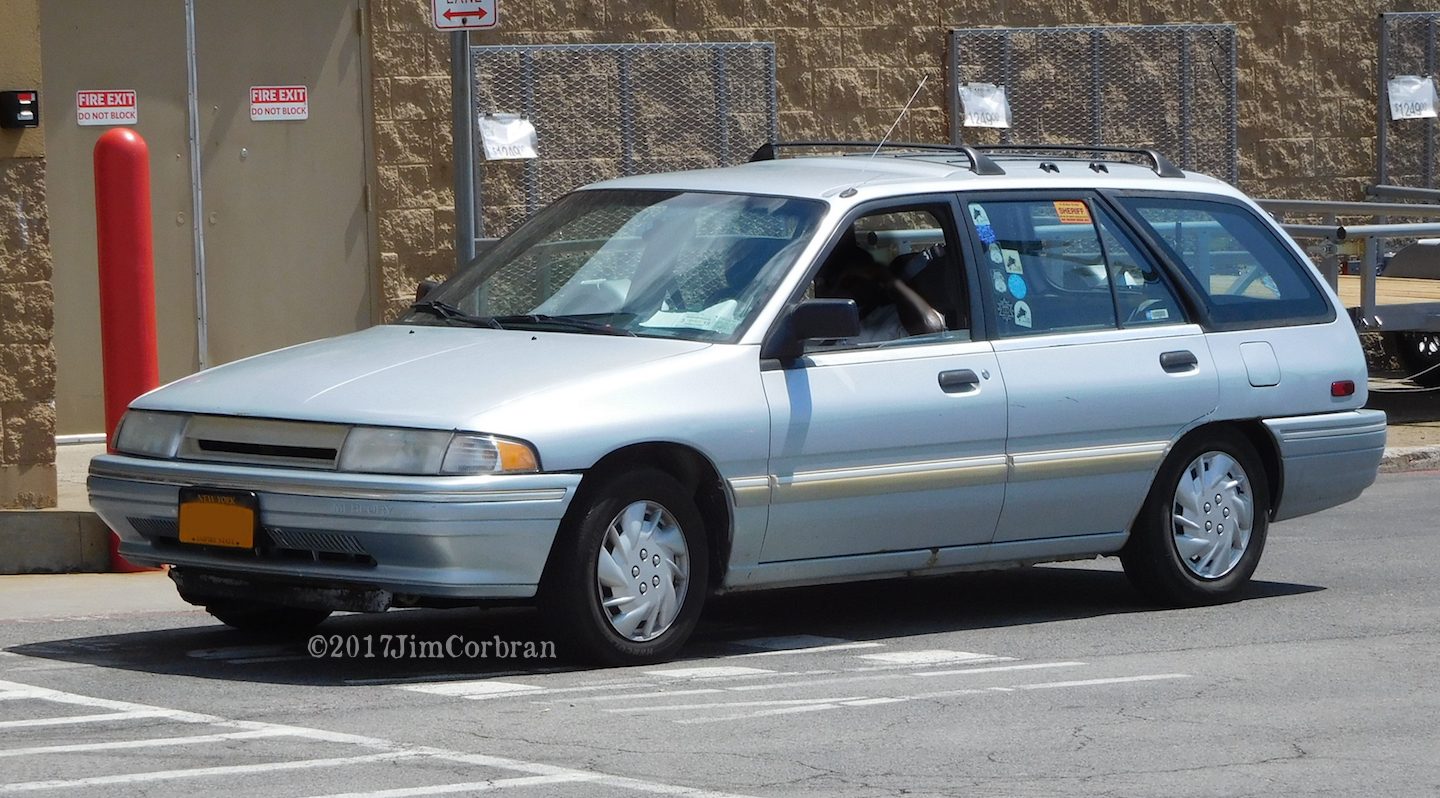 A few weeks back we featured a Ford Escort wagon from the nineties, which brought a request. So in our never-ending aim to please, here’s a Mercury Tracer wagon from that same era — 1991-99. The front grille design on this one, seen a few weeks ago in Cheektowaga, indicates a 1992-96 model. Other than the grilles, wheel covers (not these though, which are aftermarkets), and badging, the Tracers of this generation were pretty much copies of the Escort. Sales however, were quite different. In 1995 for example, Ford moved over 320,000 Escorts, while Mercury dealers sold just 44,682 Tracers. How many do you suppose are still on the road?