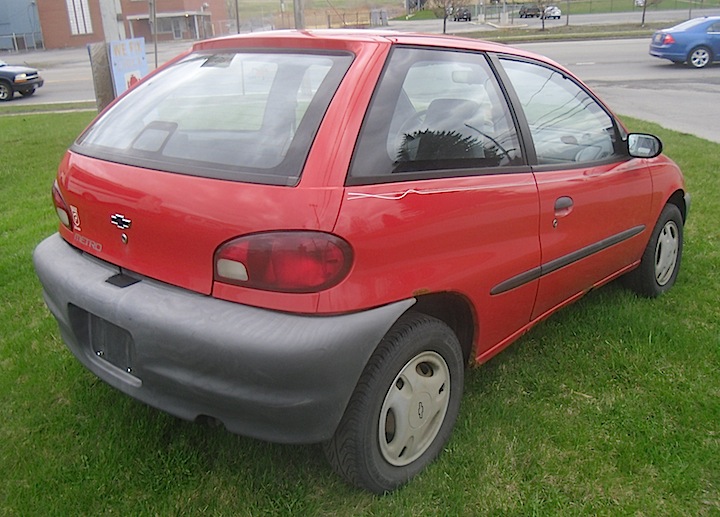 I’ll pause here until you stop laughing… (pause). Okay then, today’s “special” car is this 1998 Chevy Metro, which I believe can still be seen sitting in a Niagara Falls repair shop lot (unless some rare car collector has bought it already). The second generation Chevy Metro began life as the Geo Metro in model year 1995. Along with the identical Suzuki Swift and Pontiac Firefly, it was built in a plant jointly owned by Suzuki and General Motors in Ingersoll, Ontario. The Geo nameplate disappeared from Chevrolet showrooms after the 1997 model year, and Metros were thereafter badged as Chevrolets. It bowed out for good at the end of the 2000 model year. — Jim Corbran, RRofWNY The post RealRides of WNY appeared first on Buffalo Cars.