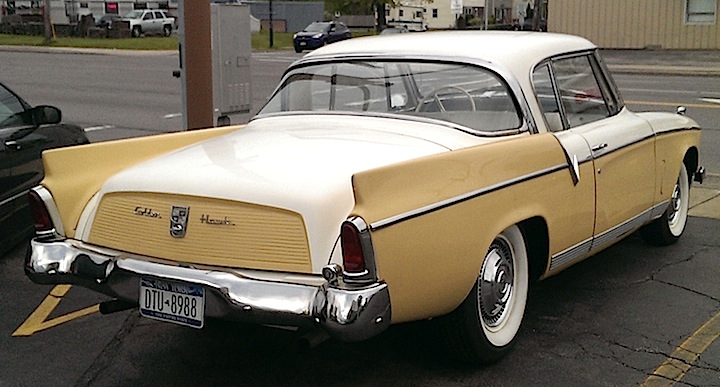 The factory brochure described this 1956 Studebaker Golden Hawk as “…a sports car with family ways.” One headline even went so far as to say “Now… a new kind of family car… conceived with a sports car.” Well, that certainly would get the Golden Hawk in a family way, wouldn’t it now? Under the hood of the Golden Hawk (and no other ’56 Studebaker) was South Bend’s most potent engine — a 352 V-8 rated at 275 hp. The tiny little fins, which were grafted onto what were the ’53 Studebaker’s rear quarter panels, were also exclusive to the G-H. — for this year, at least. More was to come fin-wise during the next couple of years! This yellow and white hardtop was recently seen in Tonawanda. — Jim Corbran, RRofWNY The post RealRides Of WNY appeared first on Buffalo Cars.