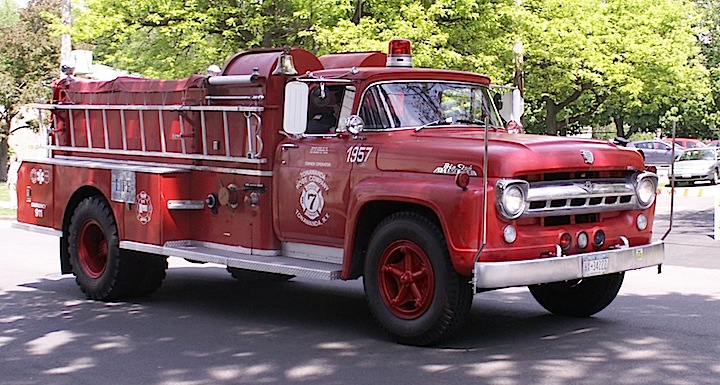 This Tonawanda Hose Company fire truck, seen in last week’s Memorial Day Parade in the City of Tonawanda, isn’t just a 1957 Ford truck. It’s a 1957 Ford F-900 Big Job. Lol Ford! Gotta love a name like “Big Job,” especially when they put it on a huge chrome-plated badge right there on the hood. The F-900, if you haven’t guessed, was Ford’s Extra-Heavy model, with a GVW of 29,000 lbs. This truck style was featured on a page in the official brochure which was titled “New Ford Heavies!” Sounds like a 1957 adventu-drama movie category. — Jim Corbran, RRofWNY The post RealRides Of WNY appeared first on Buffalo Cars.