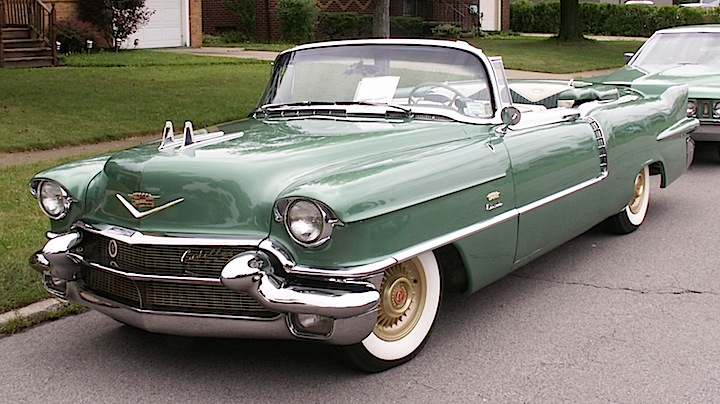 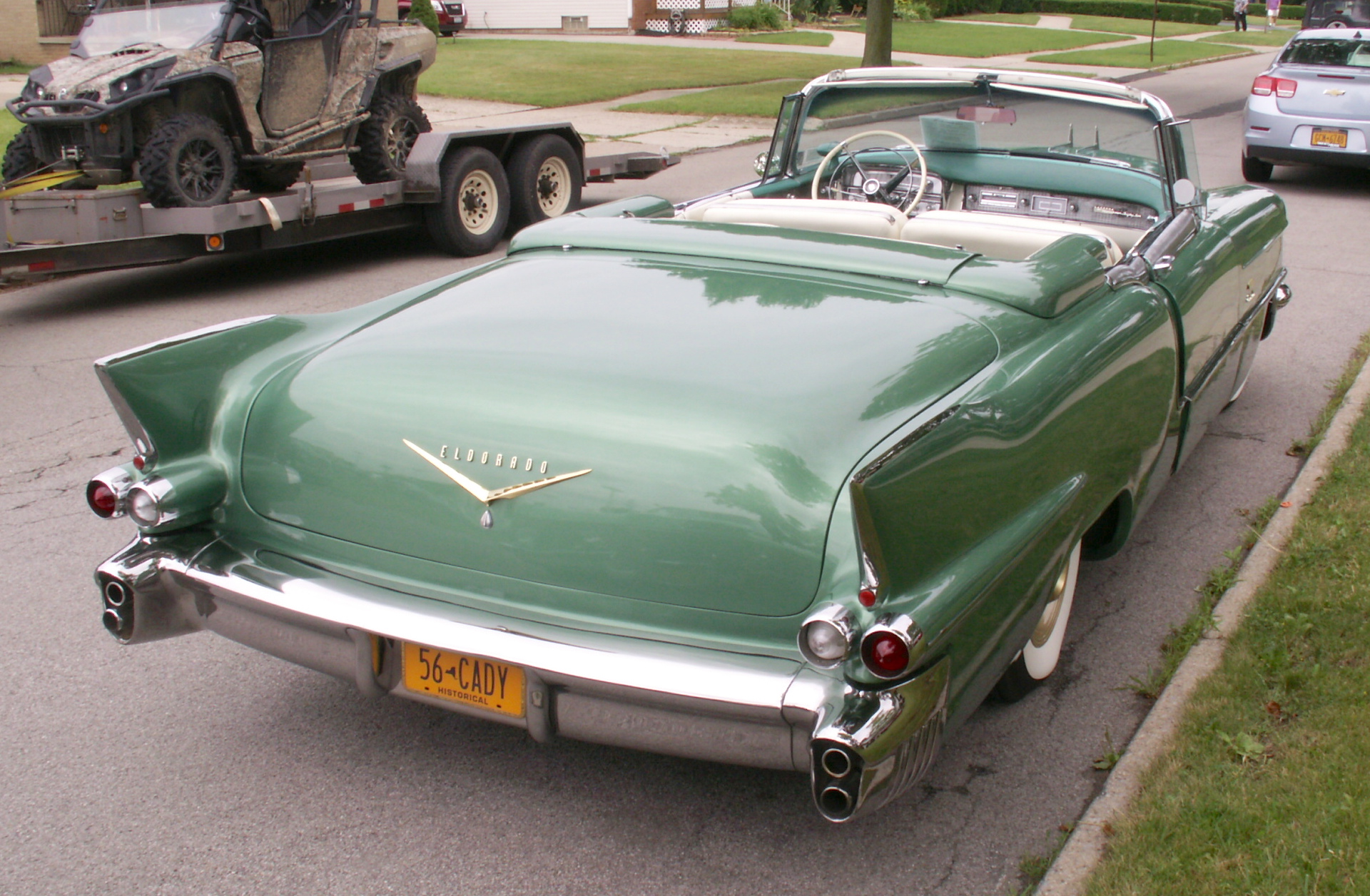 Sometimes the attendees’ cars out in the lot or on the street are just as interesting as the cars in the show. Case in point: this 1956 Cadillac Eldorado convertible, spotted on the side street next to Keyser Cadillac at last summer’s Western New York Cadillac-La Salle Club show, held annually at Keyser in WIlliamsville (this year’s show will be Sunday, July 12 from 11a-3p). This Eldorado is rare — only 2,150 were produced for 1956, out of a total Cadillac production of over 152,000.