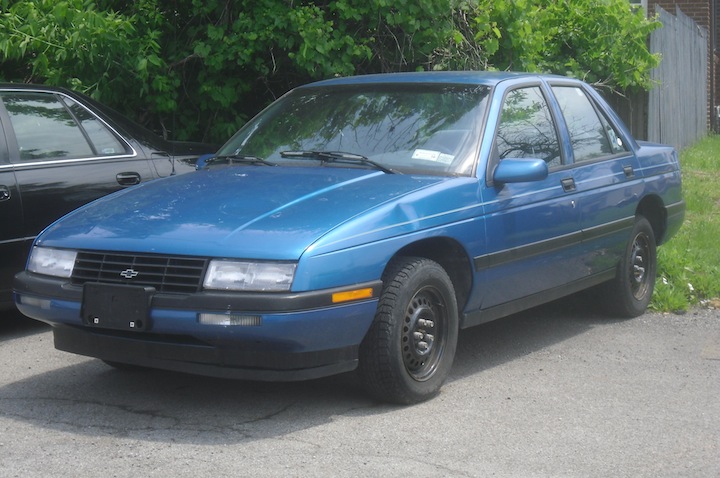 Okay, so the 1994 Chevy Corsica isn’t exactly a collector car. The only thing this one, seen a couple of weeks ago in West Seneca, seems to be collecting is dust. The Corsica was Chevy’s four-door version of its Berlinetta coupe — or was the Berlinetta Chevy’s two-door version of the Corsica? That’s never been very clear. One thing that is clear is the fact that you don’t see too many of either of them any more. Produced from 1987 through 1996, Chevy sold a bazillion of ‘em, most of which apparently are hidden away somewhere. — Jim Corbran, RRofWNY The post RealRides of WNY appeared first on Buffalo Cars.