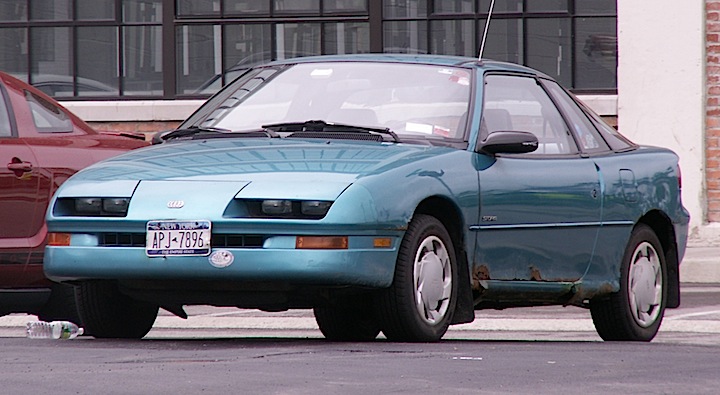 You’re forgiven if you have no idea what this thing is. It’s a Geo Storm coupe, sold through U.S. Chevrolet dealers from 1990 through 1993. It was based largely on the second generation Isuzu Impulse, another version of which was sold in Canada as the Asüna Sunfire (Geos were not marketed in Canada until 1992). Asüna was sold by Pontiac-Buick-GMC dealers while Geos were available at Chevrolet-Oldsmobile-Cadillac stores. Got all that? There was also a square-backed version of the Geo Storm marketed as a hatchback, while the pictured hatchback was sold as a coupe. Saw this one earlier this month in North Tonawanda. — Jim Corbran, RRofWNY The post RealRides of WNY appeared first on Buffalo Cars.