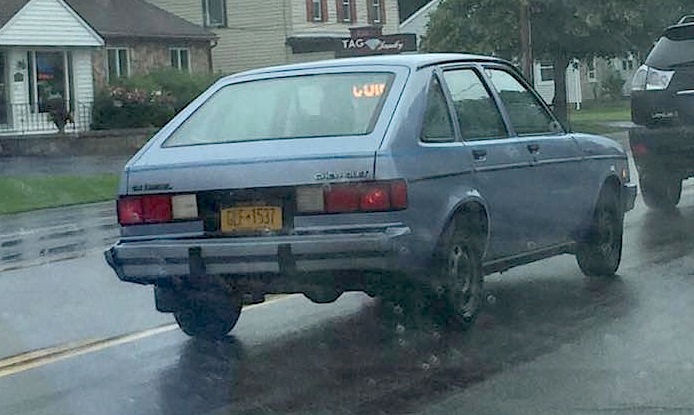 This is perhaps one of the most unremarkable cars we’ve featured here so far. But, it’s not what you think it is — just another crappy old 1980s compact. This is a diesel Chevrolet Chevette, of which only 26,681 were produced from 1981-86 (that out of a run of over two million Chevettes in total). The engine was sourced from then-GM partner Isuzu. And not only is it rare as a diesel Chevette, it’s not a rusted-out hunk! One of our car spotters, Alan Bedenko, snapped this photo one recent rainy afternoon in Cheektowaga. — Jim Corbran, RRofWNY The post RealRides of WNY appeared first on Buffalo Cars.