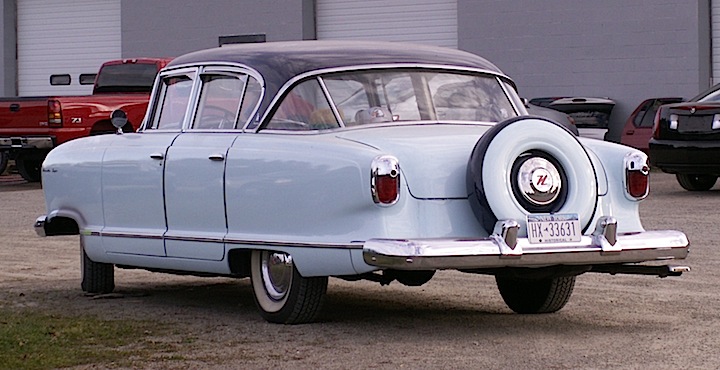 Speaking of Kenosha, Wisconsin… we were, weren’t we? – here’s a 1955 Nash Ambassador Super. Nashes, I’m sure you already knew, were built in Kenosha, right up until the time the nameplate disappeared after the 1957 model year, when the more popular Rambler name took over. This two-toned blue four-door was photographed in a Great Valley repair shop lot back in 2009. I hope it’s not still waiting for parts! — Jim Corbran, RRofWNY The post RealRides of WNY appeared first on Buffalo Cars.