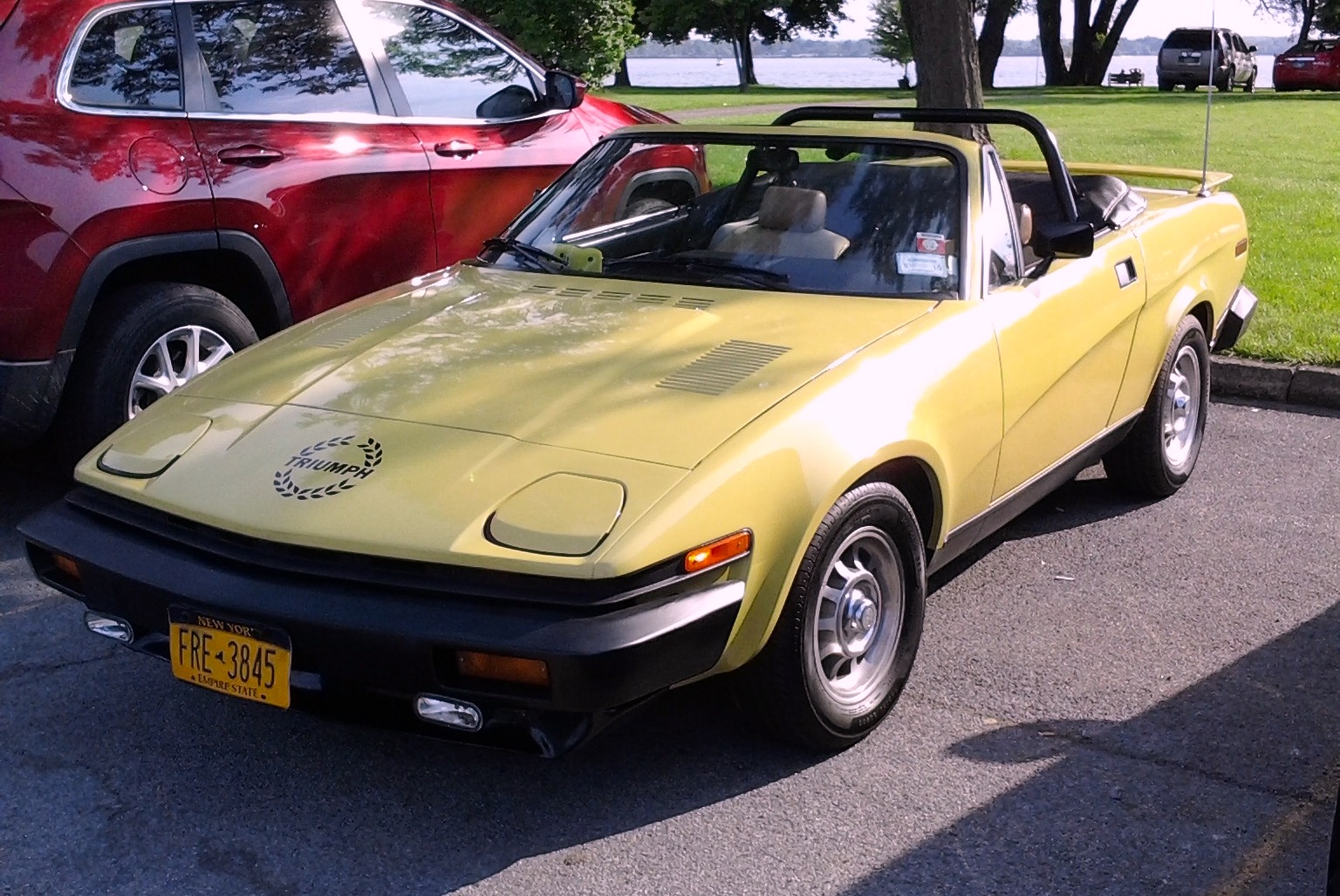 When Triumph decided to replace the venerable TR6 for the 1974 model year, they went all radical with the styling and came up with a wedge. Triumph called it “The Shape of Things to Come.” And it was actually introduced to the US market before the home market in the UK. Originally available only in coupe form, the convertible became available for model year 1979. Problems with quality seemed to doom the car as the years went on, and it went out of production in 1981. This particular wedge is a 1979 Truimph TR7, seen last Sunday in Tonawanda.