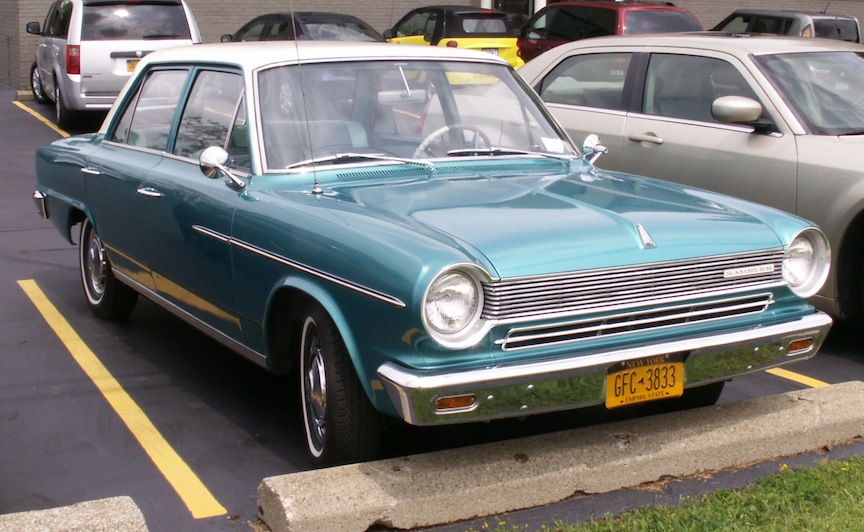 This 1964 Rambler American 440 sedan was parked across the street from last year’s Western New York Region Cadillac and LaSalle Club Show in Williamsville. The totally redesigned American was probably the polar opposite of the Cadillac, and I found it amusing to see this in the spectator’s parking area. The 440 series was the top of the line American in 1964, and consisted of a four-door sedan and a two-door hardtop and convertible. A better-equipped 440H model was also offered. KONICA MINOLTA DIGITAL CAMERA Jim Corbran, RRofWNY …and check out our Facebook page: Un-American Classic Cars The post RealRides of WNY appeared first on Buffalo Cars.