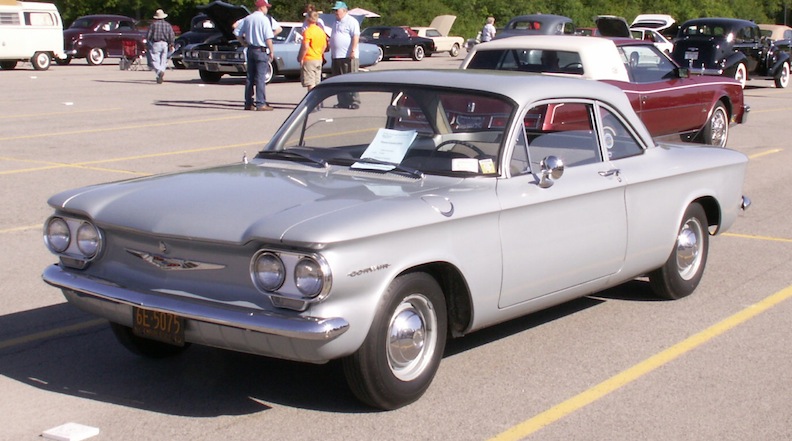 American car manufacturers were fighting the imports for model year 1960 — mainly Volkswagen, when you come right down to it. So while the others went with more conventional setups, Chevrolet decided that this 1960 Corvair (club coupe pictured) would compete on more equal terms with the little car from Germany. After all, if the rear engine worked for them, well… why not? I guess because Americans expected American cars to be, well, American. Engine in the front, driving the rear wheels — smaller versions of the big American sedans they were used to. Sales were slow enough to make GM rush out the more conventional Chevy II for 1962. Oh yeah, and then there was that Ralph Nader guy… Ugh. Saw this gray coupe a couple of summers ago at the Antique Automobile Club of America show at UB’s north campus. Jim Corbran, RRofWNY …and check out our Facebook page: Un-American Classic Cars KONICA MINOLTA DIGITAL CAMERA The post RealRides of WNY appeared first on Buffalo Cars.