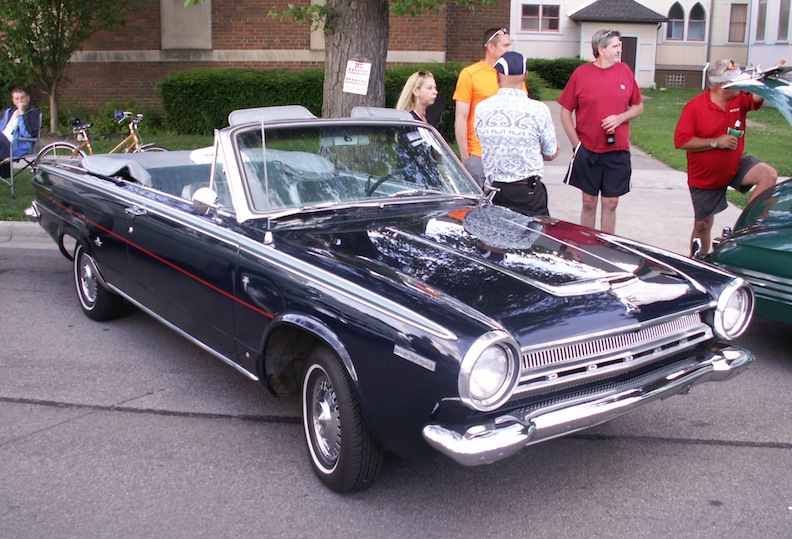 Who wouldn’t love a mid-sixties Mopar compact? Especially when it’s a 1964 Dodge Dart GT convertible, with a 273CID V-8 under the hood! These cars were good-looking, reliable, easy-to-drive cars that attracted buyers from all spectrums. I still find it amusing to think that the GT — the GT! — came with Chrysler’s 170CID Slant Six as standard equipment. A larger 225CID Slant Six and the 273 were options. The 170 Slant Six is the same engine that powered your Aunt Blanche’s Valiant two-door sedan. The one without a radio. Saw this black convertible last week at the Canal Fest Cruise Night. Jim Corbran, RRofWNY …and check out our Facebook page: Un-American Classic Cars The post RealRides of WNY appeared first on Buffalo Cars.