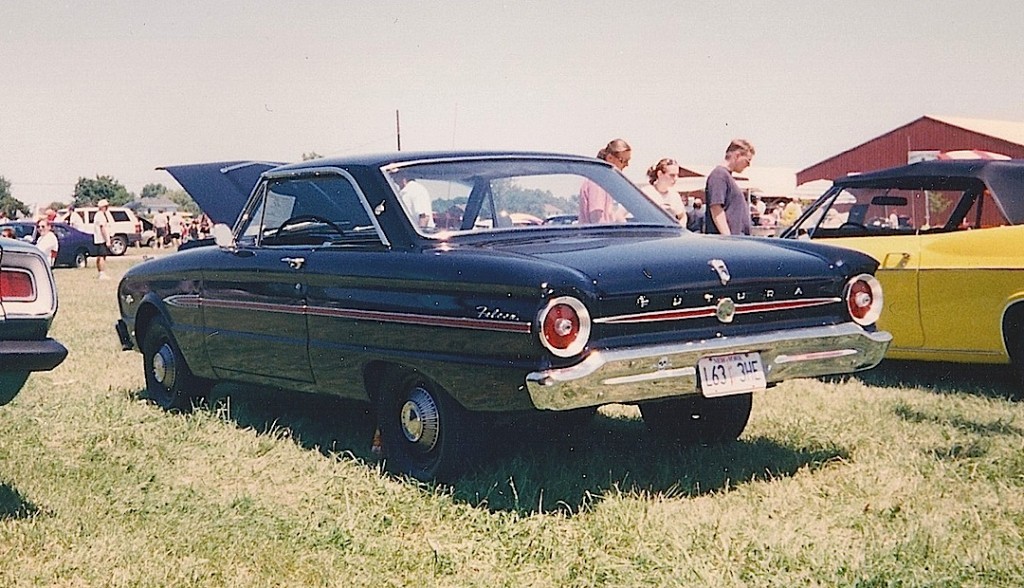 This picture is so old, it’s a scan from an actual photograph taken at a car show in Lockport at the Niagara County Fairgrounds back in 1997. The Liberty plates on this 1963-1/2 Falcon Sprint were current at the time the picture was taken! This was the sporty Falcon, the first hardtop in the line, introduced halfway through the model year with bucket seats, a V-8, etc., and was basically a preview for the Mustang which would follow a year later — which would also help kill any more sporty Falcons which may have been planned down the road. Jim Corbran, RRofWNY …and check out our Facebook page: Un-American Classic Cars The post RealRides of WNY appeared first on Buffalo Cars.