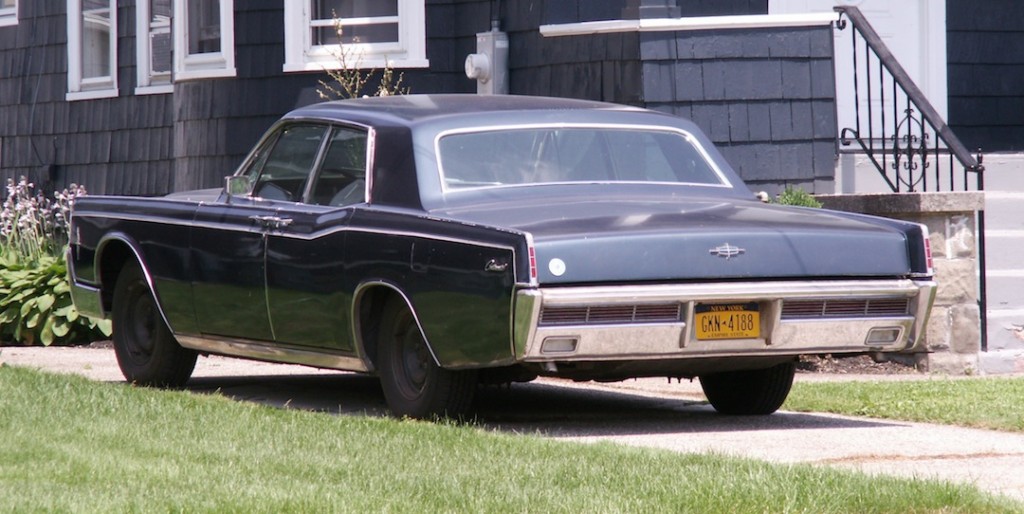 Nothing says you’ve arrived more than driving up in a 1966 Lincoln Continental. Even a tired-looking example like this black one seen recently in Tonawanda still looks classy. A bear to park? Sure. Can’t pass a gas pump without stopping in? Of course not! But the seats were available upholstered in Madrigal cloth; and… those suicide doors! And for ’66, Lincoln introduced a two-door coupé model to complement the line, which since 1961 had consisted only of a pair of four-doors — this sedan and a convertible. Jim Corbran, RRofWNY …and check out our Facebook page: Un-American Classic Cars The post RealRides of WNY appeared first on Buffalo Cars.