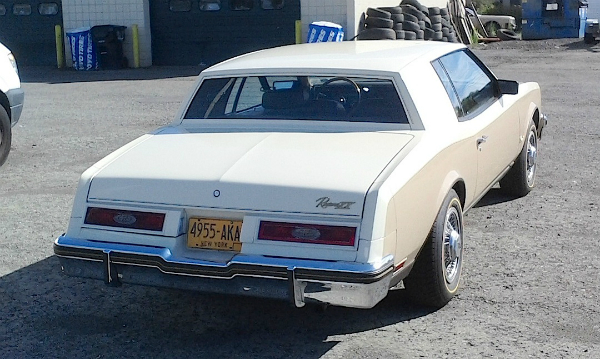 On a bicycle ride through Tonawanda a couple of weekends back, I came across this 1983 Buick Riviera XX. I’ll admit to never having heard of such a thing, but a little research when I returned home turned up the fact that the XX indicated the Riv’s 20th anniversary. Apparently, according to the Buick Forum page, only 502 of these were made, and two of those (converted into convertibles) were official pace cars of the Indianapolis 500. One of our rarest finds yet! One thing that drew me to this car was the two-tone paint scheme. But as I got closer I was floored by the gold-stripe tires. Obviously not original (one wouldn’t think), gold-stripe tires did come on the car when it was new. Nice. Very nice, indeed. Jim Corbran, RRofWNY …and check out our Facebook page: Un-American Classic Cars The post RealRides Of WNY appeared first on Buffalo Cars.