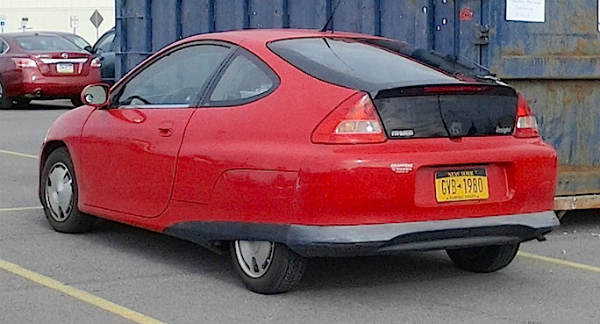 This 2003 Honda Insight is from the If You’re Going To Be Different You Might As Well Look Different school of design. A two-seat hatchback hybrid, the Insight was introduced for model year 2000 and continued in production until 2006. A more conventional four-door sedan Insight came out in 2010, but it never quite caught on like Toyota’s Prius, and was discontinued after 2014. Saw this one last week in Niagara Falls. Jim Corbran, RRofWNY …and check out our Facebook page: Un-American Classic Cars The post RealRides Of WNY appeared first on Buffalo Cars.