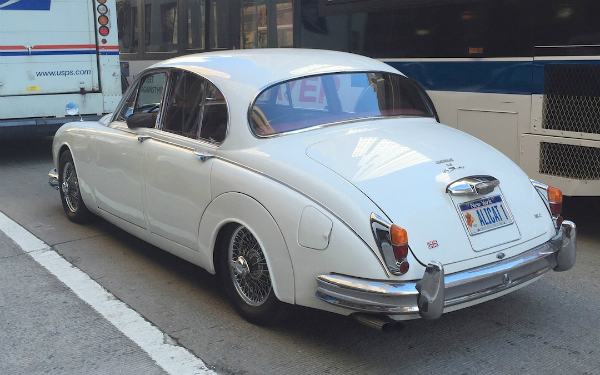 Thanks to my daughter Katie, who photographed this Jaguar MK 2 3.8 as we walked the streets of New York City (I think we may have been in Brooklyn — it’s all a haze right now) a couple of weekends ago (I also took a pic with my not-so-smartphone, but we’ll leave that one in the files). The 3.8-litre version was produced in the MK 2’s final two years of 1966-67; this one looks pretty darned good for driving around in The Big Apple! Jim Corbran, RRofWNY …and check out our Facebook page: Non-American Classic Cars The post RealRides of WNY appeared first on Buffalo Cars.