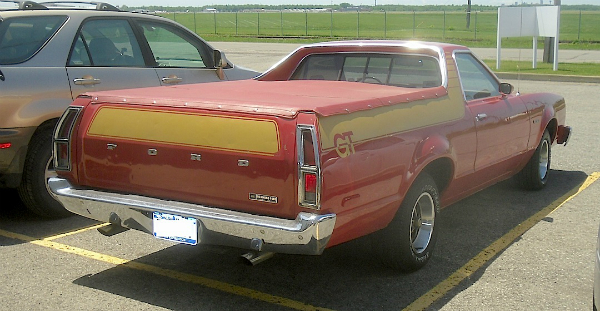 I’m still scratching my head figuring out why this body style is no longer offered in the USA. Other countries across the ocean are able to buy vehicles much like this 1979 Ford Ranchero GT, which is nothing more than a sedan/station wagon fitted with a small pickup-style bed in place of the rear seat/cargo/trunk area. Ford got the ball rolling on these in the modern era back during the 1957 model year, and Chevy followed-up two years later. This ’79 was Ford’s final year for the Ranchero, while the Chevy El Camino lasted until MY 1987. Saw this red example over the summer in Wheatfield. Jim Corbran, RRofWNY …and check out our Facebook page: Non-American Classic Cars The post RealRides Of WNY appeared first on Buffalo Cars.