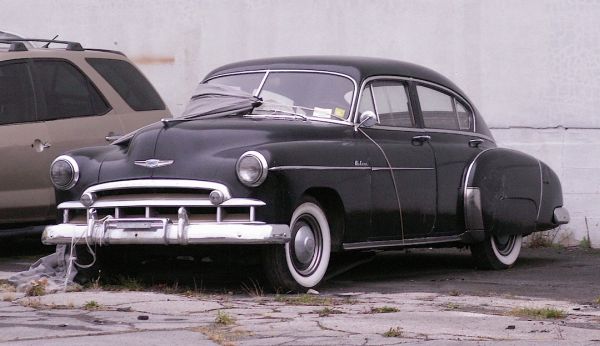 Looks like the owner of this 1949 Chevy Fleetline Deluxe tried keeping it under wraps, but Mother Nature and her windy winds unwound the tarp and laid it bare on the pavement. The Fleetline was Chevy’s sweptback-roof line of cars, which went away after the 1952 model year. This one was found unwrapped in Buffalo a month or so ago. Jim Corbran, RRofWNY …and check out our Facebook page: Non-American Classic Cars The post RealRides of WNY appeared first on Buffalo Cars.