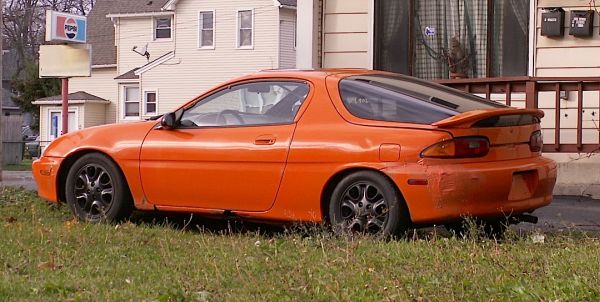 I imagine if you’re reading this that you’re familiar with Mazda’s Miata roadster, whose proper name is MX-5 Miata. Did you know though, that a while back there was a Mazda MX-3? No? Well, here’s one now, looking a little rough around the edges but not beyond hope. The MX-3 was produced from 1991-98, and one of its claims to fame was a cameo appearance in the 1994 movie Dumb and Dumber. This orange one was seen over the summer in North Tonawanda. Jim Corbran, RRofWNY …and check out our Facebook page: Non-American Classic Cars The post RealRides of WNY appeared first on Buffalo Cars.