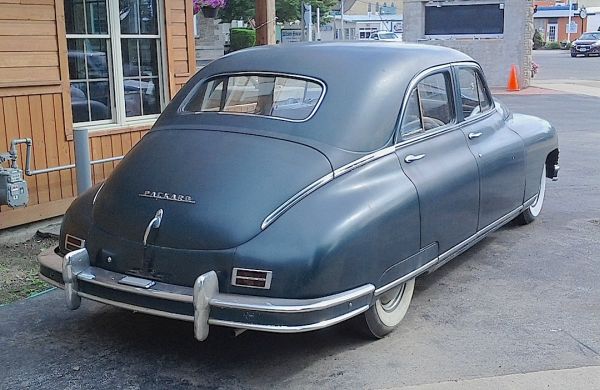 Back when this 1948 Packard was new, every car didn’t look the same from a block away. Unlike today. The Packard was a huge luxury car in its day, but its day had passed after World War II ended and Packard’s higher-ups dragged their feet in modernizing the fleet. Cadillac and Lincoln left them in their dust, and Packard finished out a once-proud life as a bunch of warmed-over Studebakers. Ugh. This stately gray sedan was seen in downtown Wilson this past summer. Jim Corbran, RRofWNY …and check out our Facebook page: Non-American Classic Cars The post RealRides of WNY appeared first on Buffalo Cars.