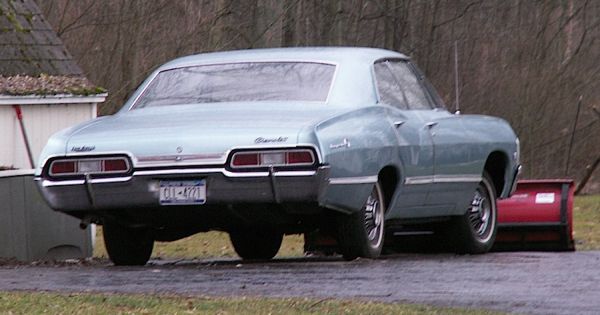 It’s the Everyman car — a 1967 Chevrolet Impala Sport Sedan (four-door hardtop). Chevy was still king in 1967, and Lou Awald, whose dealer badge is still seen here on the trunk lid, was one of the area’s bigger Chevy dealers. Come to think of it, they were all pretty big back then. Some were… huge. This one’s still sitting pretty in a Town of Cambria driveway. Jim Corbran, RRofWNY …and check out our Facebook page: Non-American Classic Cars The post RealRides of WNY appeared first on Buffalo Cars.