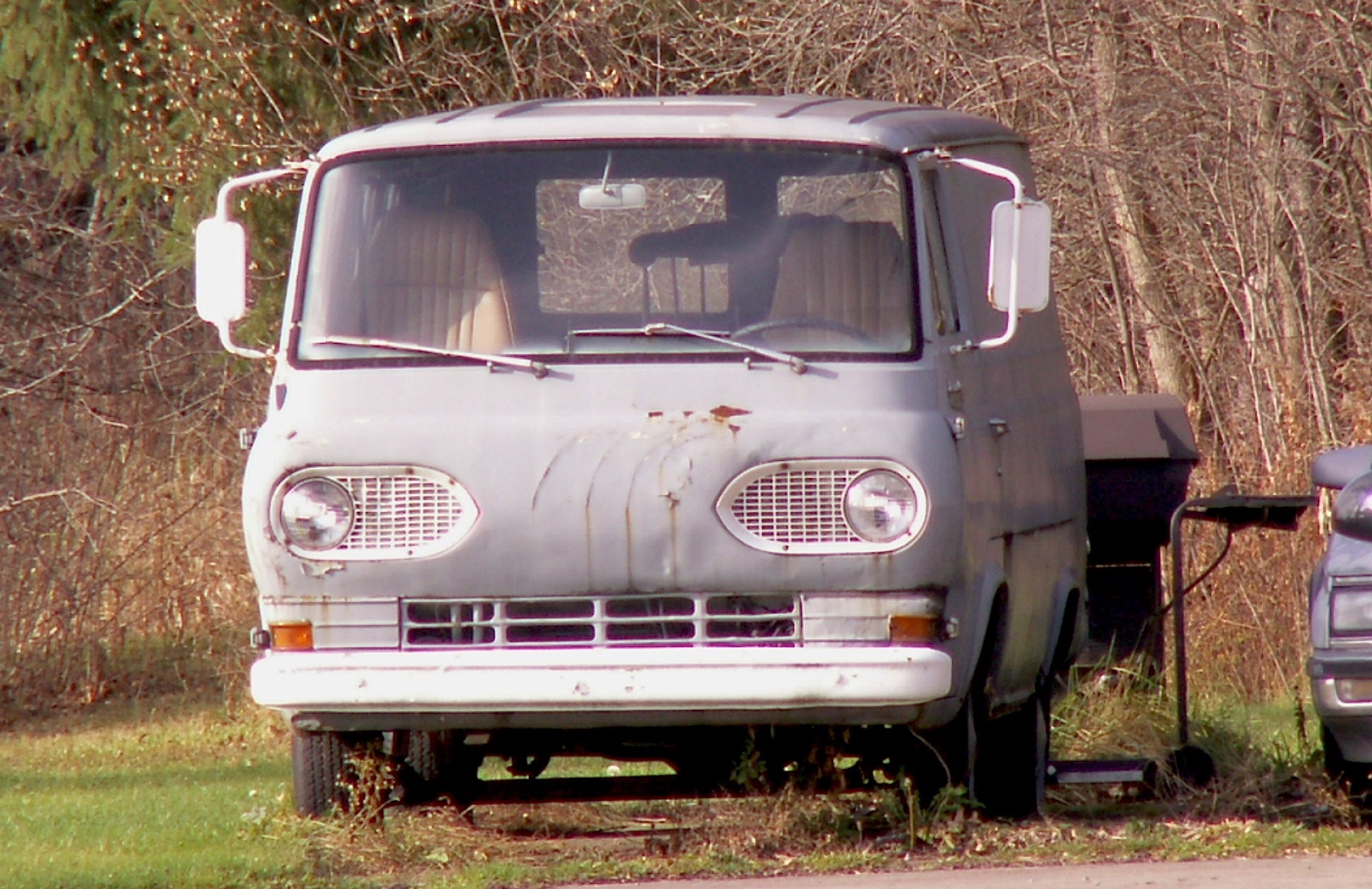 Before the word “minivan” was in our lexicon, there were small delivery/passenger vans from Ford, GM, Chrysler, and Volkswagen. Here’s a Ford Econoline delivery van which is siting w-a-y back off the road up around the Wheatfield/North Tonawanda line. This was the Econoline’s first generation, which lasted from model years 1961-67. The passenger versions were known (at one time or another) as the Station Bus and Falcon Club Wagon. A Mercury version was available in Canada.