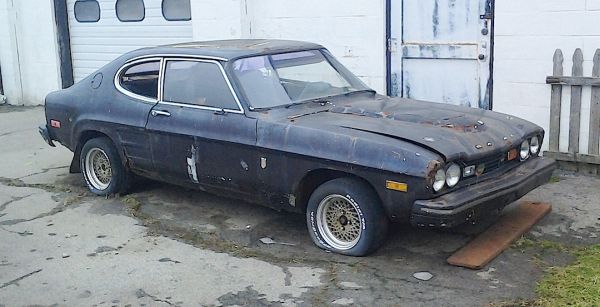 (Day Three of Import week…) This one is from the Not Aging Gracefully file, a 1974 Mercury Capri. Sold in Europe as a Ford, the Capri was a quick fix to give its Lincoln-Mercury dealers an entry in the import market, as well as temporarily appeasing them for their lack of an entry in the ponycar segment (with the Cougar having outgrown this category around the turn of the decade). Like most mid-1970s Ford products, the Capri didn’t wear the federally-mandated five-mph bumpers very well; they’d turn out only slightly better on the redesigned 1976 Capri II. This black example was found in Kenmore. Jim Corbran, RRofWNY The post RealRides Of WNY appeared first on Buffalo Cars.