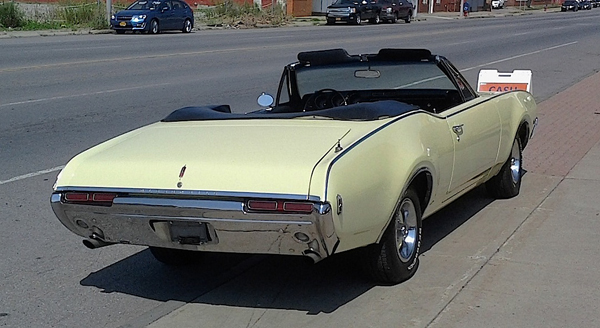 (A Week of 1968s continues here on Day 4…) General Motors restyled its entire lineup of intermediate-sized cars for this year, and few were prettier than this 1968 Oldsmobile Cutlass. The Cutlass, along with offerings from Chevy, Pontiac, and Buick, came in two different wheelbases: 112-in. for all two-doors, and 116-in. for four-doors and wagons. To me the shorter cars seemed better proportioned, but the public gobbled them all up — the Olds intermediates saw a sales increase of almost 23,000 units. Passed by this one during a bicycle ride in Buffalo last summer. Jim Corbran, RRofWNY The post RealRides of WNY appeared first on Buffalo Cars.