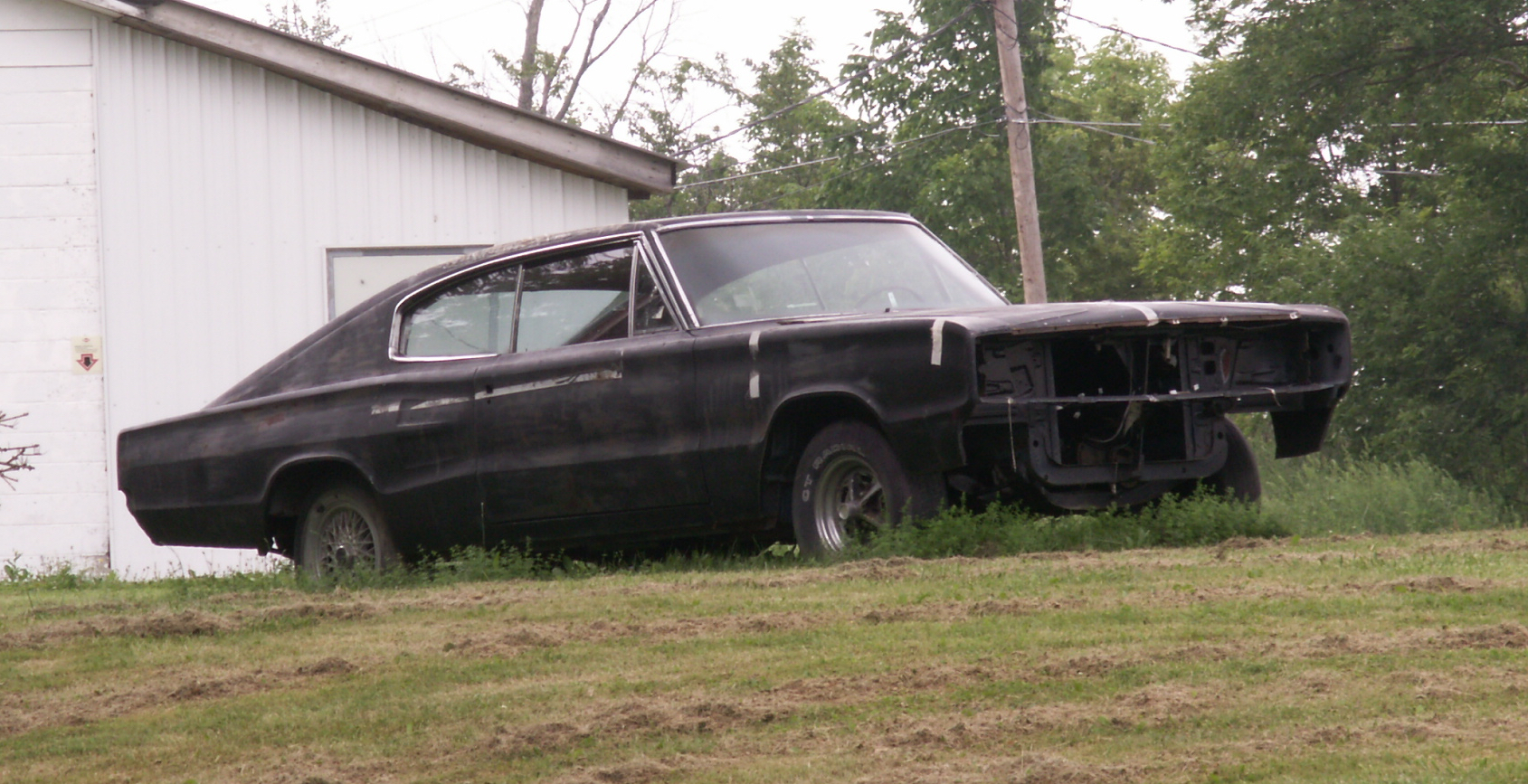 Although it’s hard to tell from this example, the 1966-67 Dodge Charger was actually one of the most stylish automobiles on the market when it was new. A full length grille in the front was complemented by a full-width taillight in the back end. When the second-generation Charger rolled around for 1968 it became a highly-desirable muscle car — a ’69 model was one of the stars of The Dukes of Hazzard television show, while the bad guys drove a black ’68 during the famous chase scene in the movie Bullit. Found this black one — missing a few bits — some time ago in Strykersville.