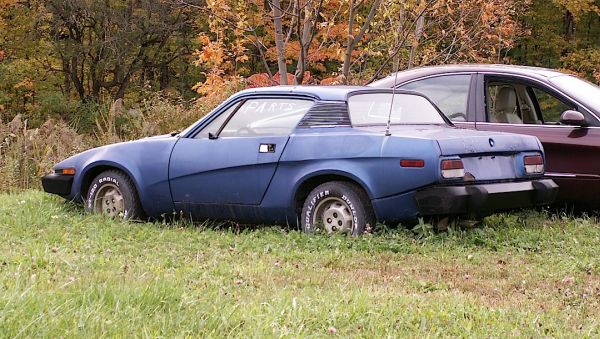 (Day 3 of “Rescue Me” week…) The Triumph TR7 was the successor to the iconic — you guessed it — TR6, although at introduction for model year 1975 it was not available with a convertible roof. Horrors! A closed British sports car was just not what many were looking for in the mid-1970s, much less one shaped like a door stop. A drop-top model finally came along for 1979 which was surprisingly first made available in North America before being sold in its native Great Britain. The blue example here, although slowly sinking into the Town of Brant grass, looks quite restorable; but a closer look shows it being offered for parts (see the windshield). TR7 sales continued into 1982 before being dropped from the line. Jim Corbran, RRofWNY The post RealRides of WNY appeared first on Buffalo Cars.