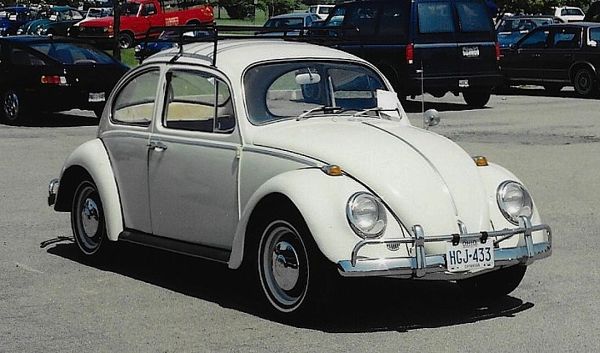 It was probably 20 years ago or so when I photographed this 1966 Volkswagen 1300 at a VW car show in Joseph Davis State Park in Lewiston. Yet, I still can remember that it’s a ’66 — easily told by the flat-style hubcaps & slotted wheels (the first year they appeared), along with the old-style glass-covered headlamps (the final year they appeared). Otherwise, as we all know, VWs didn’t change much during the ‘60s. If you really want to know more about the ’66 VWs, there’s a whole website devoted to them — 1966beetle.com. Jim Corbran, RRofWNY The post RealRides of WNY appeared first on Buffalo Cars.