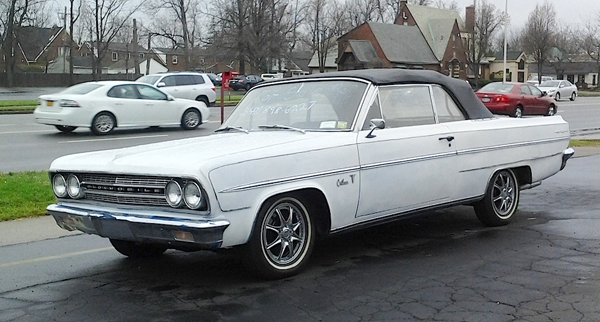 Seeing this 1963 Oldsmobile F-85 Cutlass convertible in Tonawanda a while ago took me back to my first Buffalo Auto Show, which was held at the Masten Avenue Armory. By this time the F-85 was growing in size from the “senior” compact that had been introduced for 1961. When the 1964 models rolled out the F-85/Cutlass would grow again into a full-fledged intermediate-sized car, and a very popular one at that. Jim Corbran, RRofWNY The post RealRides of WNY appeared first on Buffalo Cars.