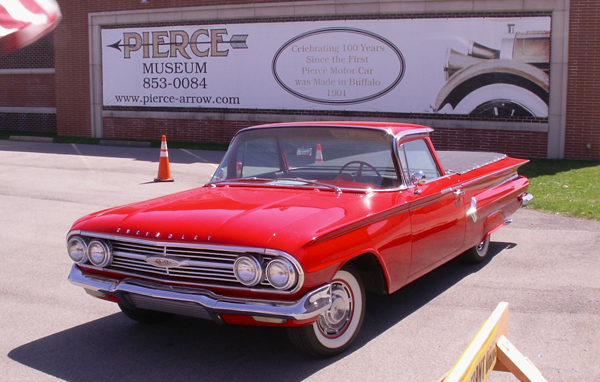 This beautiful 1960 Chevrolet El Camino was parked outside the Buffalo Transportation Pierce-Arrow Museum downtown a couple of weeks ago. This one doesn’t look like it’s done much hauling in its day, but I can imagine it draws a crowd wherever it’s parked. Chevy built the El Camino in answer to Ford’s Ranchero (which first appeared for the 1957 model year). The El Camino debuted for 1959 but was temporarily discontinued after the 1960 model year, only to reappear for 1964 as part of the new mid-sized Chevelle line. Jim Corbran, RRofWNY The post RealRides of WNY appeared first on Buffalo Cars.