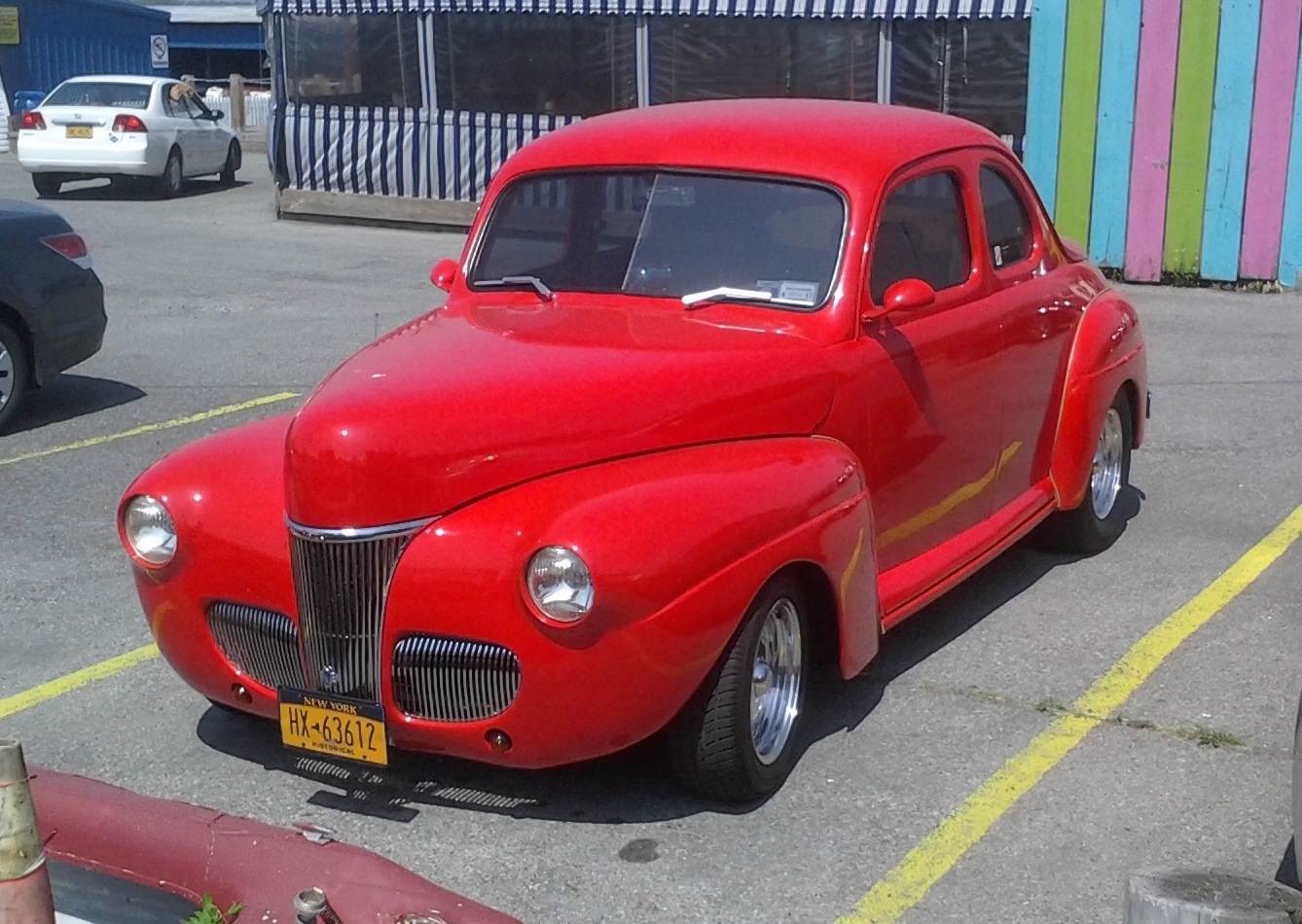 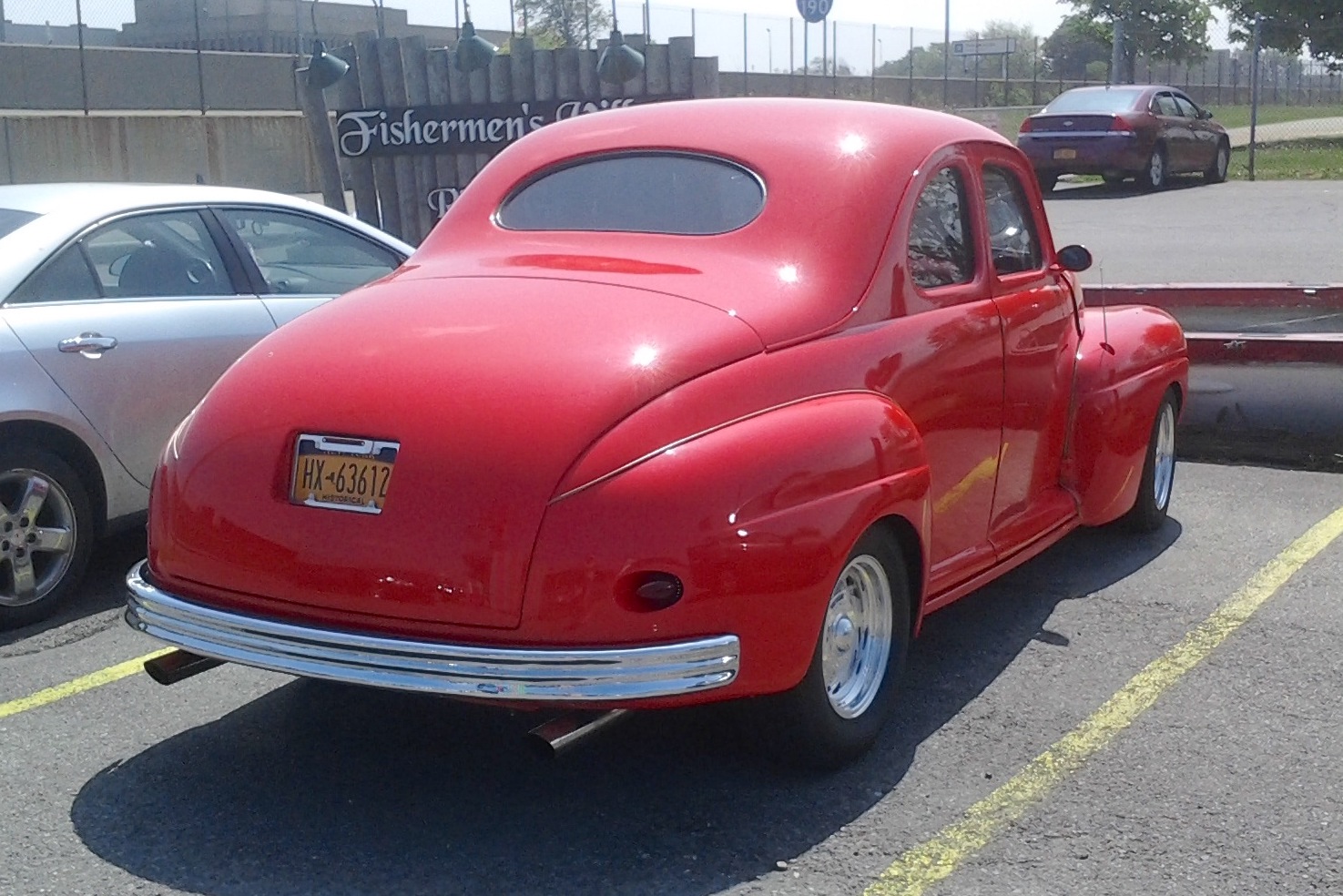 This 1941 Ford coupe, seen last week in Tonawanda literally a stone’s throw from the Niagara River, is from the last model year where new cars were readily available before the automotive industry curtailed production of its 1942 models, turning its attention to the production of war materiel. In true American tradition, the 1941 Fords were longer, wider, and more expensive than their predecessors. This red example has a nice, mild customization going on. Bravo!