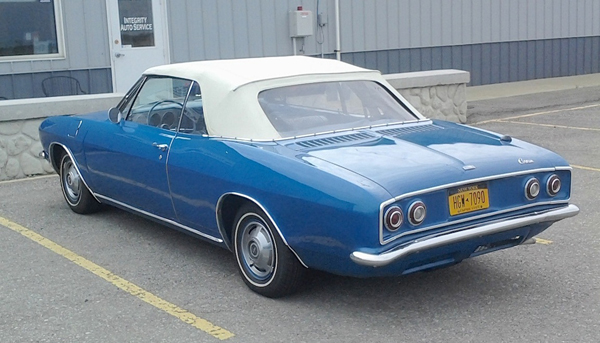 Maybe one of the prettiest cars ever to come out of modern-day Detroit, this 1965 Chevrolet Corvair Monza convertible and its brethren were also among the most maligned nameplates in the automobile industry. Pity, because by the time these totally re-done 1965 models hit the showrooms most of the earlier problems — real or imagined — which were brought to light by consumer advocate Ralph Nader, were history. But the reputational damage had been done and the Corvair was doomed to the automotive dustbox, where it gave up the ghost after the 1969 model year. This beautiful blue example was seen last week in Wheatfield. Jim Corbran, RRofWNY Check out our new Facebook page: LuvTheCheapies The post RealRides of WNY appeared first on Buffalo Cars.