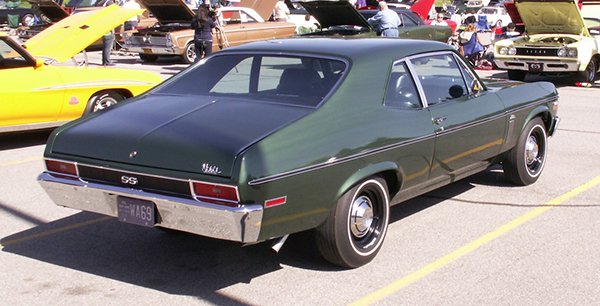 There’s a Facebook page named Dog Dish Depot, which features cars & trucks like this 1970 Chevrolet Nova SS, seen a couple of summers ago at an AACA car show at UB’s north campus. For the novice out there, a dog dish is the small hubcap you see here on the Nova, which only covers the center part of the rim. Think about it. Take one off, turn it upside down on the driveway, and it does resemble a dog’s food dish. Also called poverty caps (because they were standard on the cheapest cars) and button caps. And yes, of course I’m a member of Dog Dish Depot! Jim Corbran, RRofWNY Check out our new Facebook page: LuvTheCheapies The post RealRides of WNY appeared first on Buffalo Cars.