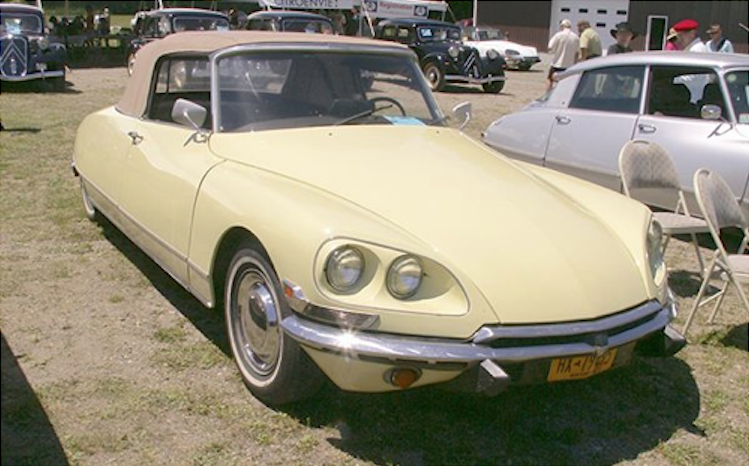 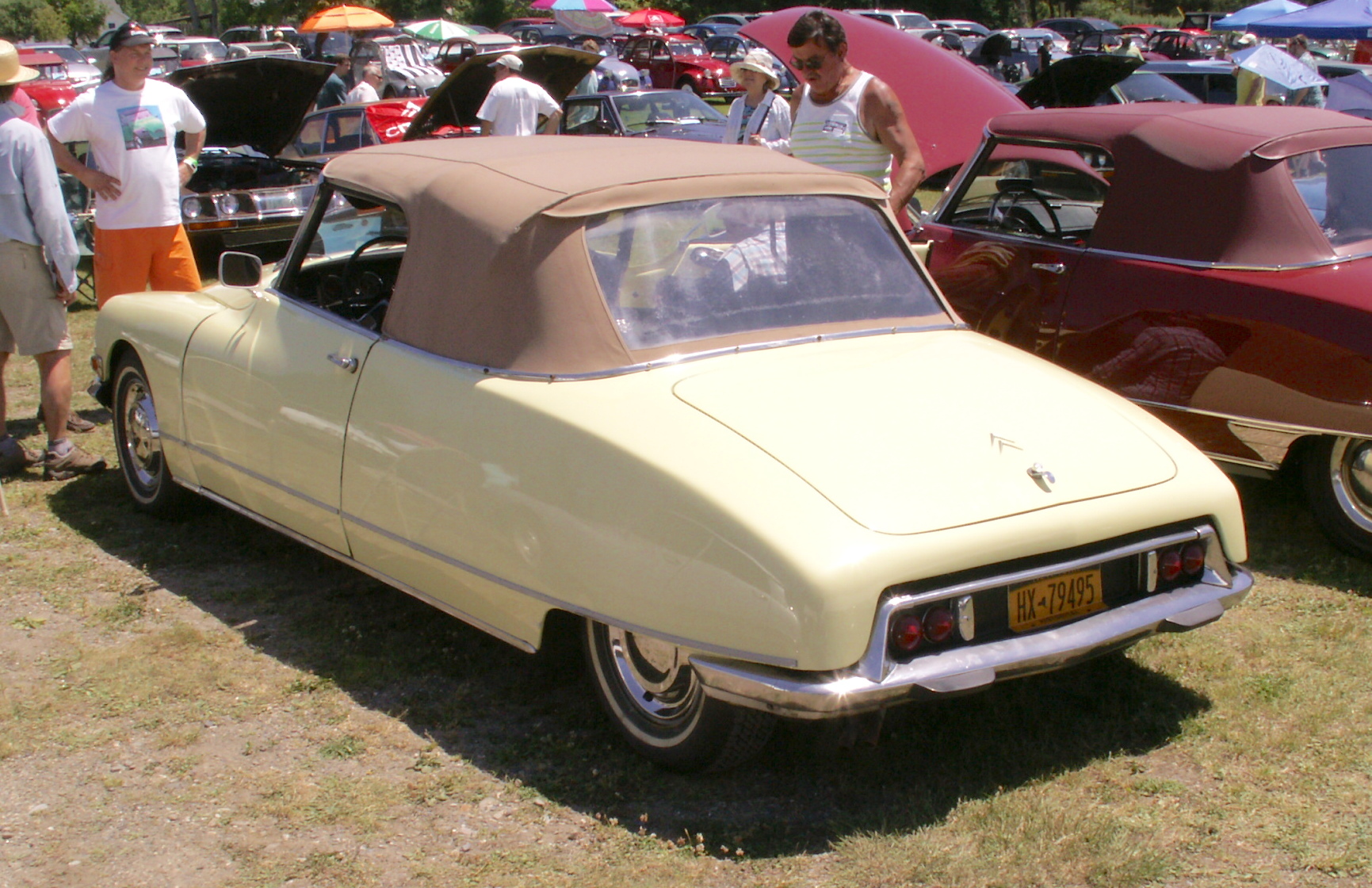 We’re going to call today’s edition RealRides seen by a WNYer (me). This 1966 Citroën D Chapron is remarkable for a couple of reasons: a) only 1,325 of these convertibles left the factory between the years 1960 and 1971; and b) it’s a Citroën with whitewall tires! Don’t see that very often. The convertibles were named for coachbuilder Henri Chapron, who originally designed and built the décopotables (convertibles) in his own factory beginning in the 1950s, until Citroën started churning them out themselves beginning with the 1961 model year. Came across this one last month at Rendezvous 2016, a Citroën car show in Ballston, just outside of Saratoga Springs.