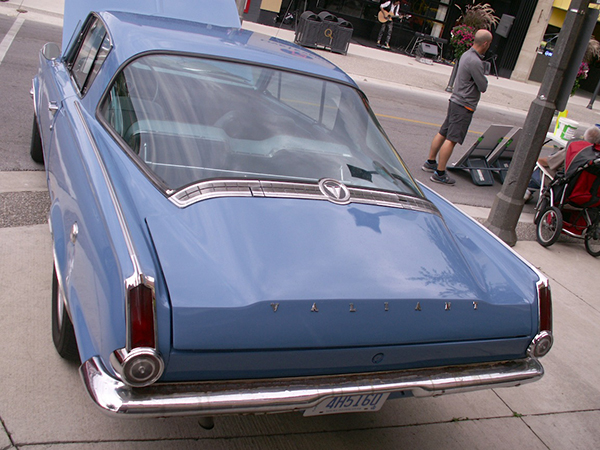 This 1964 Valiant Barracuda was seen at one of last summer’s Tuesday evening Cruisin’ the Q car shows on Queen Street in Niagara Falls, Ontario. “Edna, did he say Valiant Barracuda? Shouldn’t it have been Plymouth Barracuda?” Well, no. This was Canada, remember. And in Canada Valiant initially was a separate brand of Chrysler Canada, Ltd., sold at both Plymouth and Dodge dealers. Seeing that the Barracuda was largely based on the Valiant, it was only logical to slap the Valiant nameplate on the cars. Beginning with the 1967 models, Valiants in Canada were finally badged as Plymouths Jim Corbran, RRofWNY Check out our new Facebook page: LuvTheCheapies The post RealRides of WNY appeared first on Buffalo Cars.