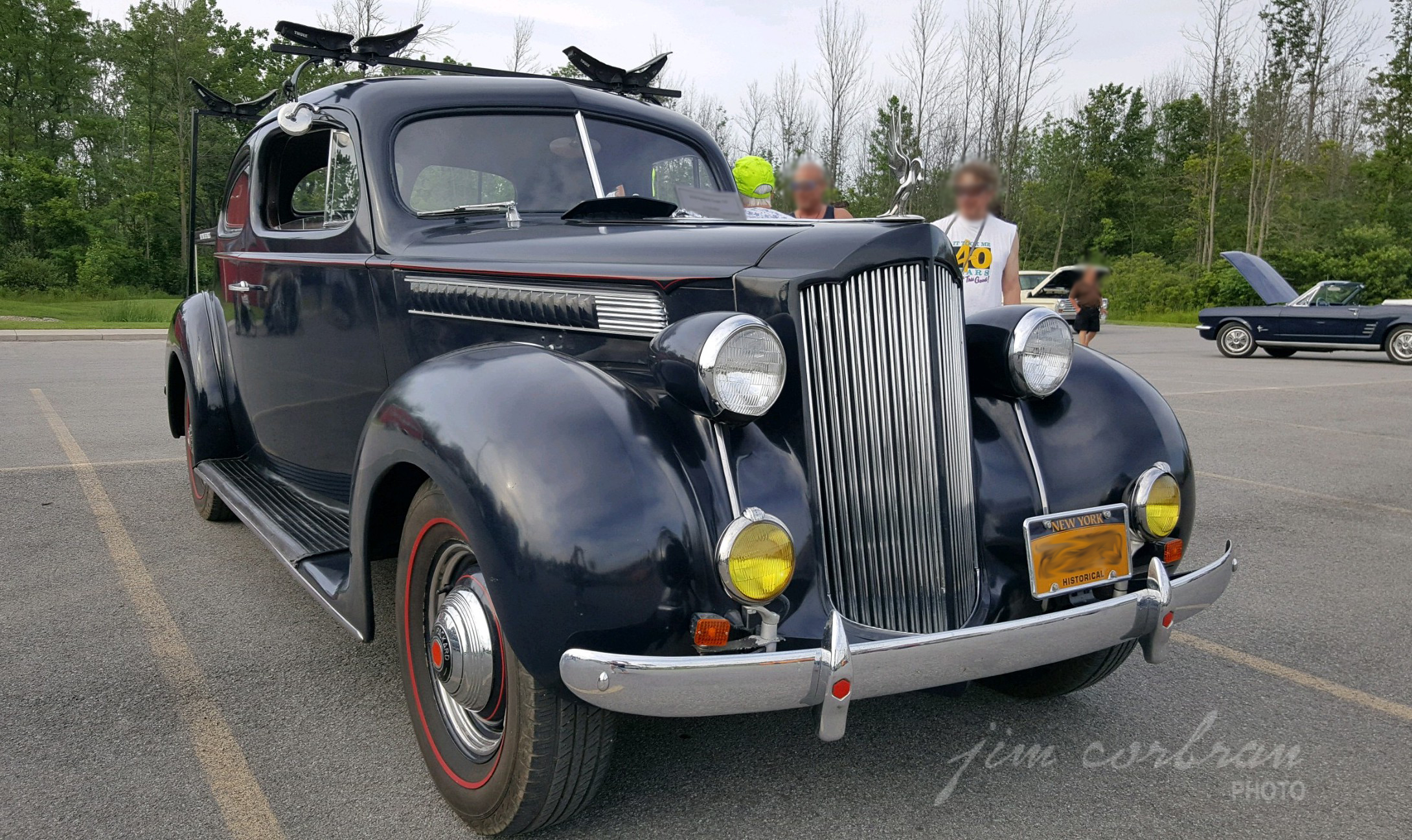 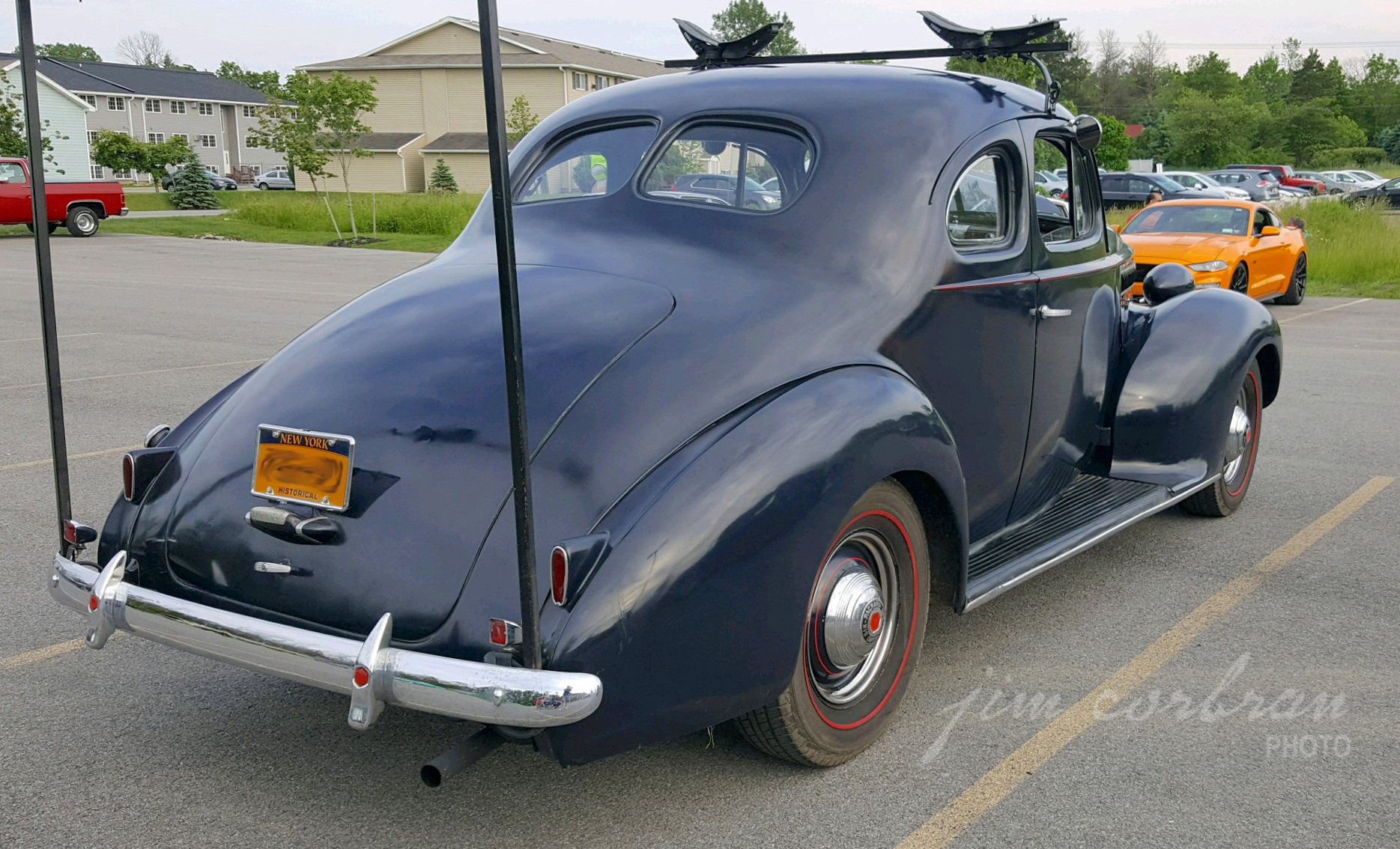 This 1939 Packard Six is still getting a workout. Notice the kayak racks in place. In some circles these cars are referred to as the Packard One-Ten, but all of the literature I’ve seen uses the Six moniker, which differentiates it from the Eight & Twelve series of cars. One ad told us how the ’39 Packards had been voted as America’s handsomest car in an unbiased national survey. Hard to argue that these were fine-looking cars. Even these smaller Packards (smaller compared to the V12-equipped, 139 inch wheelbase Twelves) hold up well today, looks-wise. Saw this one last summer at a weekly cruise night held at the New York Beer Project in Lockport.