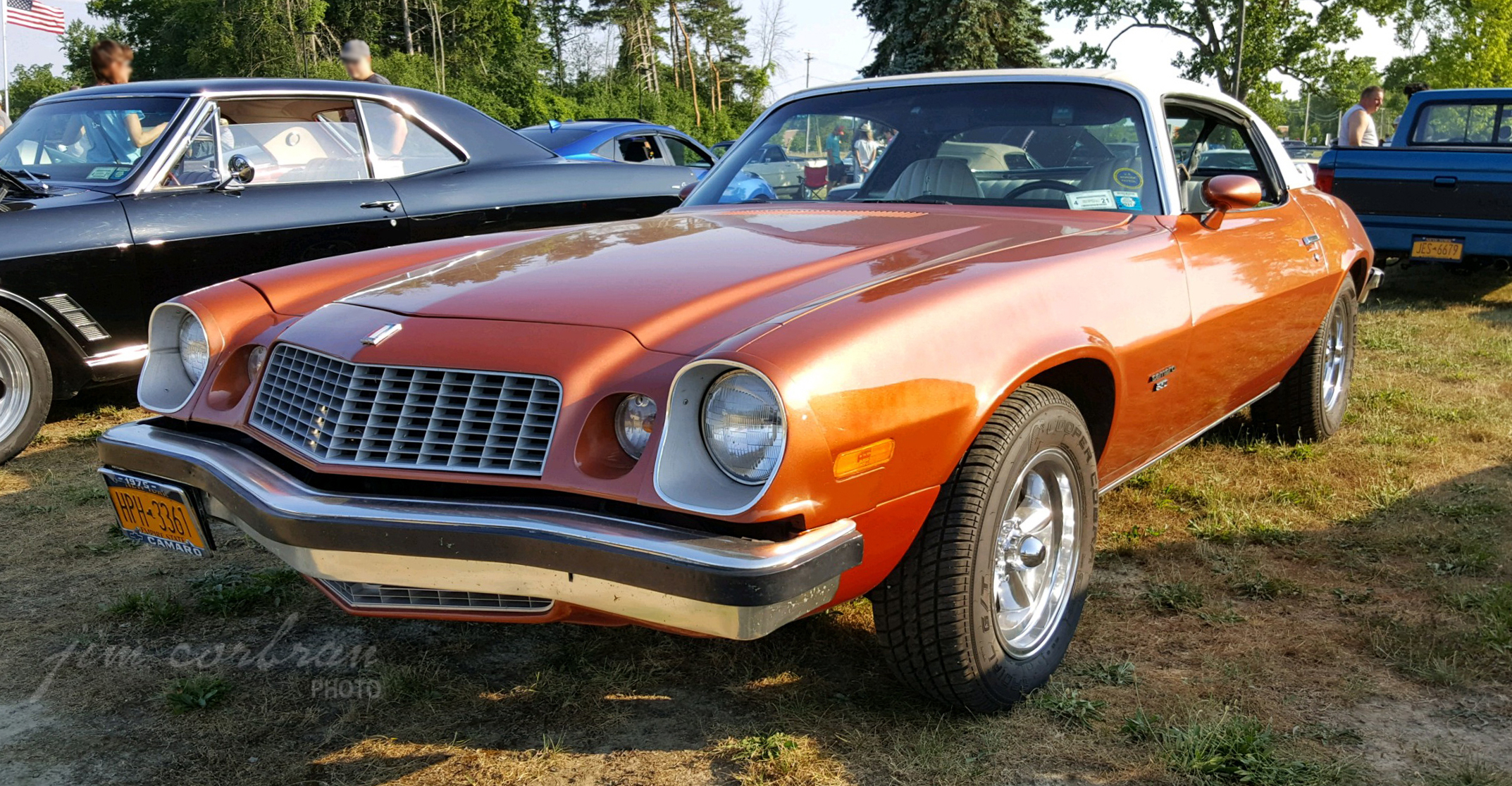 When this 1975 Chevy Camaro was new, its main sales rival was no longer Ford’s Mustang, as the originator of the Pony Car genre had been downsized for MY 1974, sharing a platform with the subcompact Pinto.(!) Perhaps indicative of the times gas crisis-wise, Camaro’s Z-28 option had been dropped beginning with MY 1974, leaving the base sport coupe and the LT models as the only choices. The Z-28 reappeared for MY 1977, as apparently gas consumption would never, ever be a problem again. Ford concurred, enlarging the Mustang for MY 1979 and reigniting the Camaro/Mustang wars which continue to this day. Today’s feature car was spotted over the summer at a cruise night at the Wurlitzer Building in North Tonawanda.