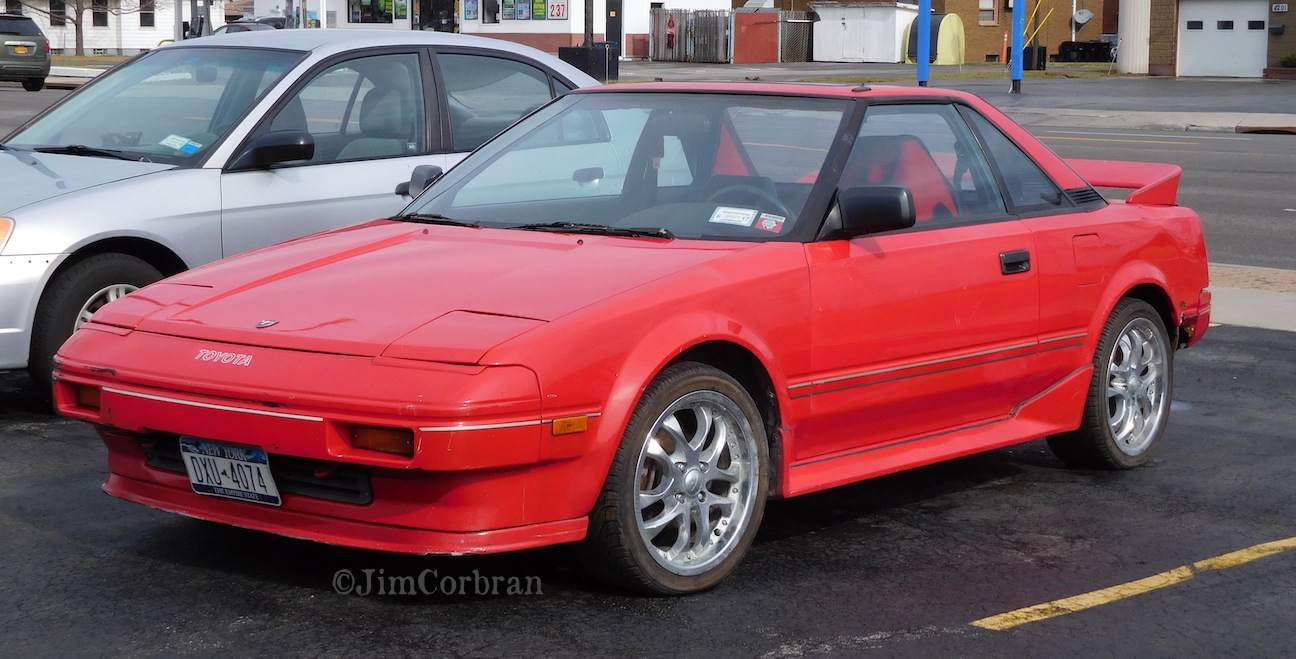 This is a first-generation 1986 Toyota MR2, which, when first introduced, won the Car of the Year Japan award. The MR2 is a mid-engine two-seat rear-wheel-drive sports car which also was highly-praised (and awarded) by the American motoring press. It was produced from 1984-2007, but was discontinued in the US after the third-generation’s 2005 model year ended. The MR2’s suspension was designed with help of Lotus engineer Roger Becker, which helped contribute to its great handling characteristics. Saw this one last week in Tonawanda.