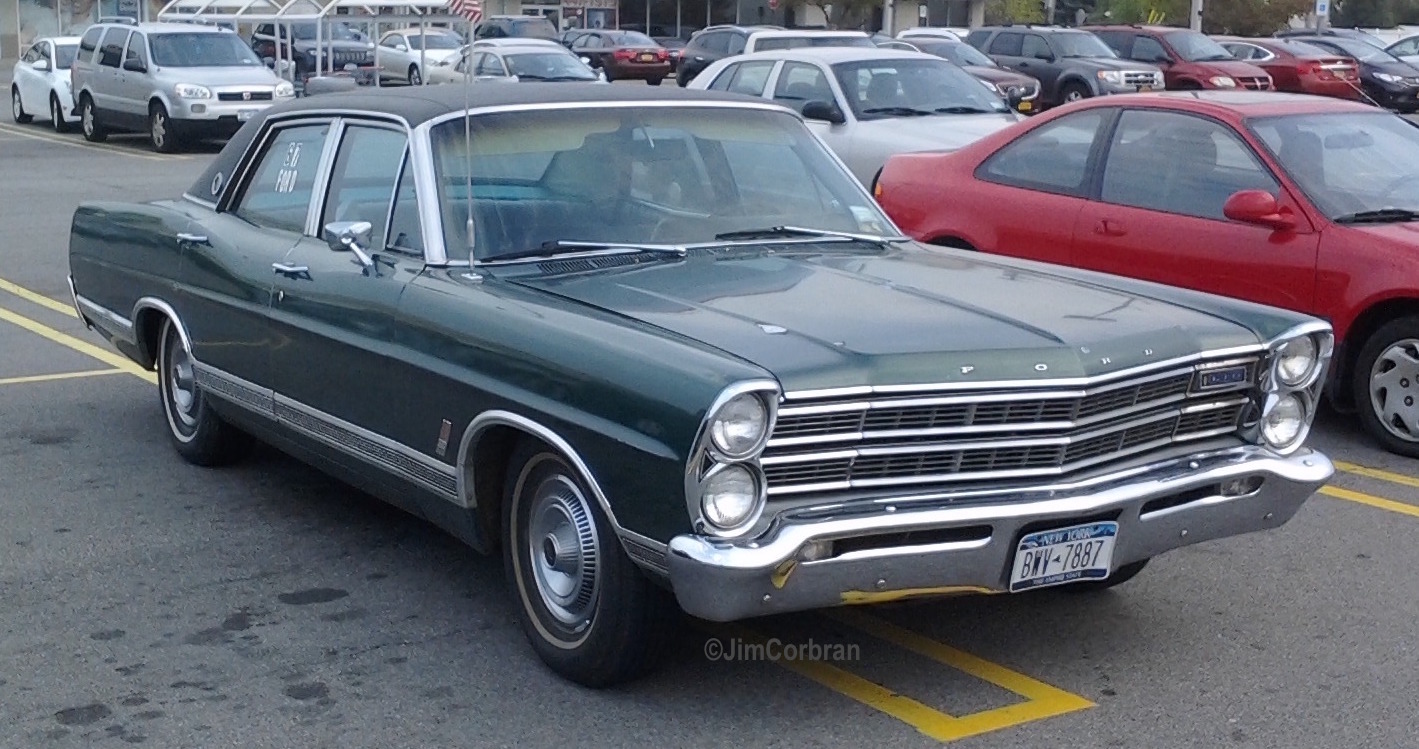 
When Ford introduced this line in 1965, they advertised them as being “…quieter than Rolls-Royce.” This was determined after testing by “a leading acoustical firm,” (Bolt, Beranek and Newman, Inc. of Cambridge, Mass.), which, I can probably proclaim with authority, didn’t change the minds of many potential Rolls buyers. Anyway, by the time this 1967 Ford LTD hit the market, the line had increased from the original two- and four-door hardtops to include this rare four-door sedan, of which only about 12 thousand or so left the factory (about 25% of the total of each of the pillarless models). Saw this one a few weeks ago in Buffalo.