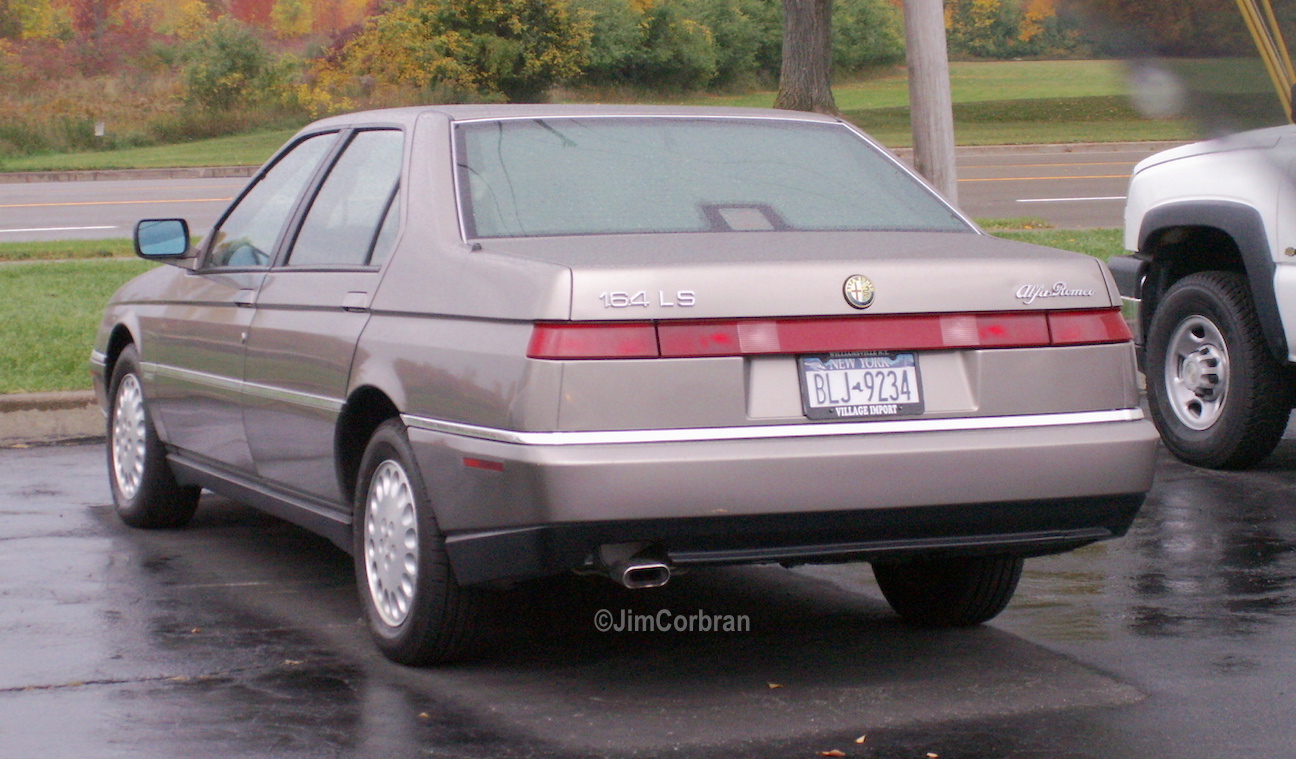 
Let’s kick off Import Week with, as they used to say on Monty Python’s Flying Circus, something completely different. This 1994 Alfa Romeo 164 LS is rare for a couple of reasons: it’s a four-door Alfa, when most of what you see anymore are roadsters; and it’s from 1994 — Alfa stopped exporting to the U.S. in 1995 after selling a total of 771 units in those final two model years combined. Here’s a bit of Alfa 164 trivia, via Hemmings Motor News: in China the 164 was renamed 168, as the 164 name supposedly translated to “all the way to death” in Chinese. Whoops! Found this tan example recently in Hamburg.