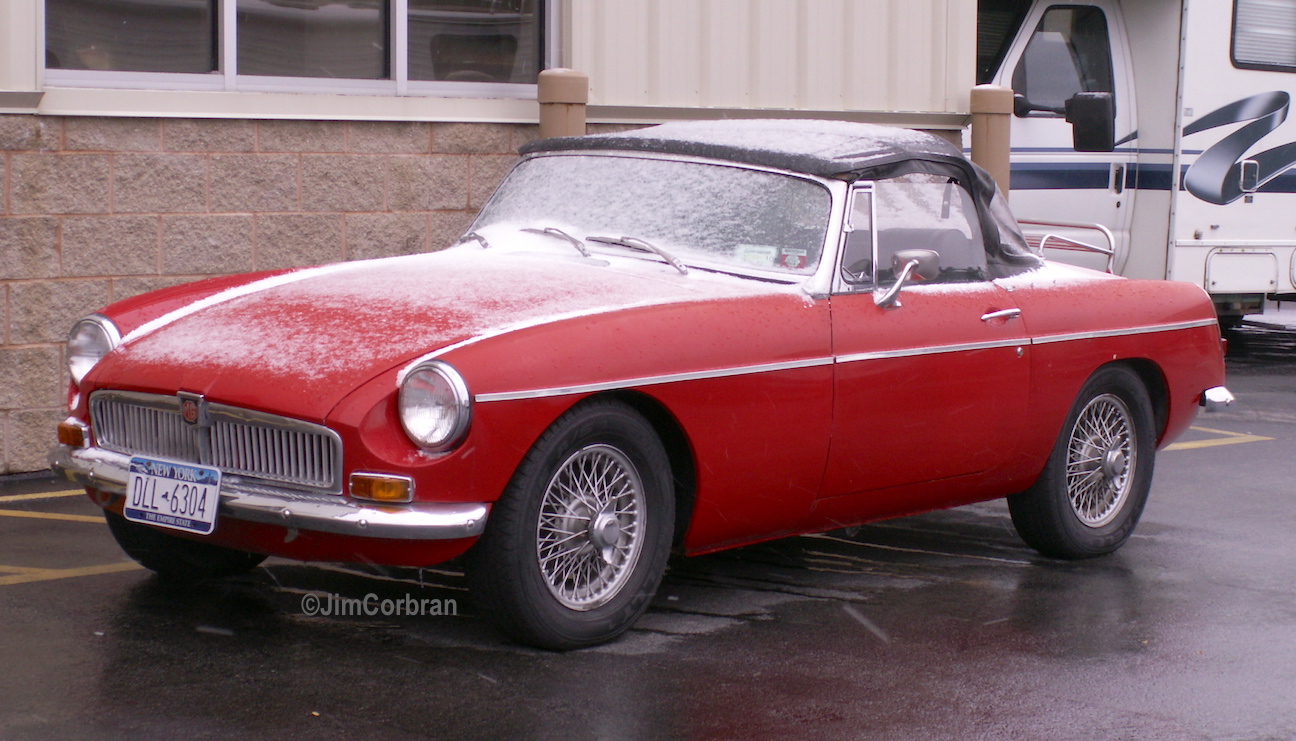 
This 1969 MGB roadster was seen amid brief snow flurries last week in Lockport. I don’t imagine the owner is planning on using it as a winter driver, but one never knows, does one? The MGB was produced from 1962-1980. A closed-roof hatchback model, the MGB-GT, came along for model year 1966, and was also produced through 1980 (although U.S. exports ceased in 1974). New U.S. safety regulations made for some rather unfortunate-looking black rubber bumpers in 1974, along with a one-inch increase in ride height to meet headlight standards. These earlier models are much prettier.